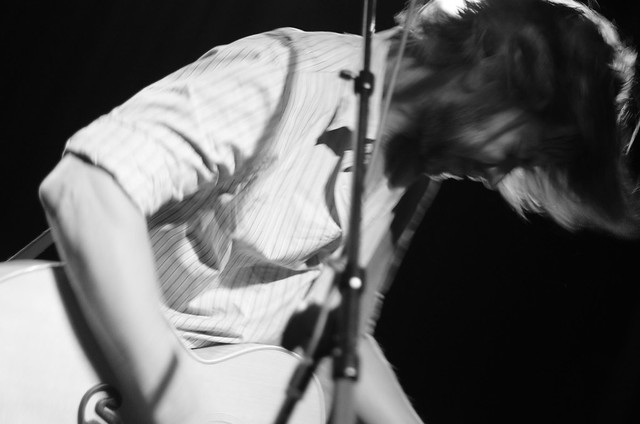 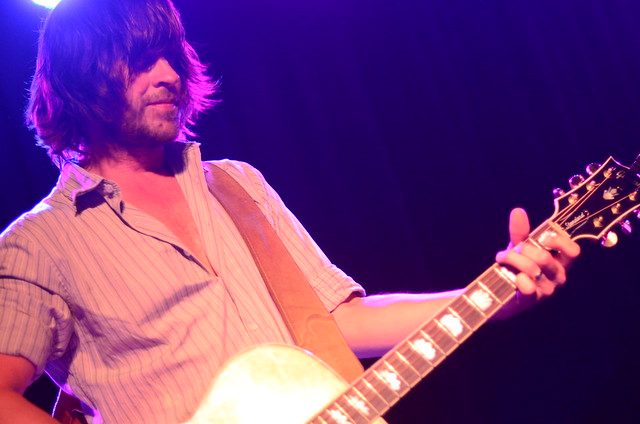 In one of the most hilarious, slightly obscene, and totally unplanned live music moments I have ever experienced Saturday night when Rhett Miller walked onto the stage, before he’d even played a note, you could — audibly — hear every woman in the Cradle sigh out loud. Like, this perfect moment of oh holy God he’s so pretty. Which he is, but was still hilarious. I was standing up front with Jon, and he was between me (30s) and a mom (40s) and her daughter (20s) and we all, according to Jon, made the exact same noise at the exact same time. Rhett Miller: bringing the ladies together since Rhett Miller existed.

It was a fabulous set beyond that, of course. Besides being handsome, Rhett of course is also a great songwriter, and a superb showman, and despite the fact that he barely had a voice, he put on a fantastic 90 minute set. (He did let the crowd do some singing for him, which was equally awesome. I shot, of course, but I also ignored all rules of concert photography and rocked the fuck out, too. There wasn’t a pit. Fuck you for telling me I can’t rock out to Rhett Miller, strangers on the internet who think they’re important. Anyway.) I forget that Rhett’s solo set, unless he’s doing it as an opener for the 97’s, rarely includes his actual solo stuff, though there were a few — it’s always heavy on the 97’s songs, and the ones you expect. Saturday he did a bunch of songs off the upcoming Most Messed Up, which sound as terrific live as they do on the record, and all the 97’s stuff you’d expect, and — “Salome”.

Which, thanks, rip my heart out and tap dance on it, Rhett.

I didn’t have the guts — I know, right, who, me, too scared to say something? — to ask him to play “Bird In A Cage”, but “Salome” was almost better.

Set list: Lost Without You / Doreen / Let’s Get Drunk & Get It On / No Baby I / Indefinitely / This Is The Ballad / Come Around / Barrier Reef / Nashville /Four Leaf Clover / Question/ Designs On You / Wasted / Salome / Singular Girl / Champaign, Illinois / Rollerskate Skinny / Big Brown Eyes / Most Messed Up / The Wreck Of The Old 97 Encore: Longer Than You’ve Been Alive / California Stars / Timebomb

Sarah Shook opened, and she’s always a delight. Such a great songwriter. Can’t wait for her record, either.