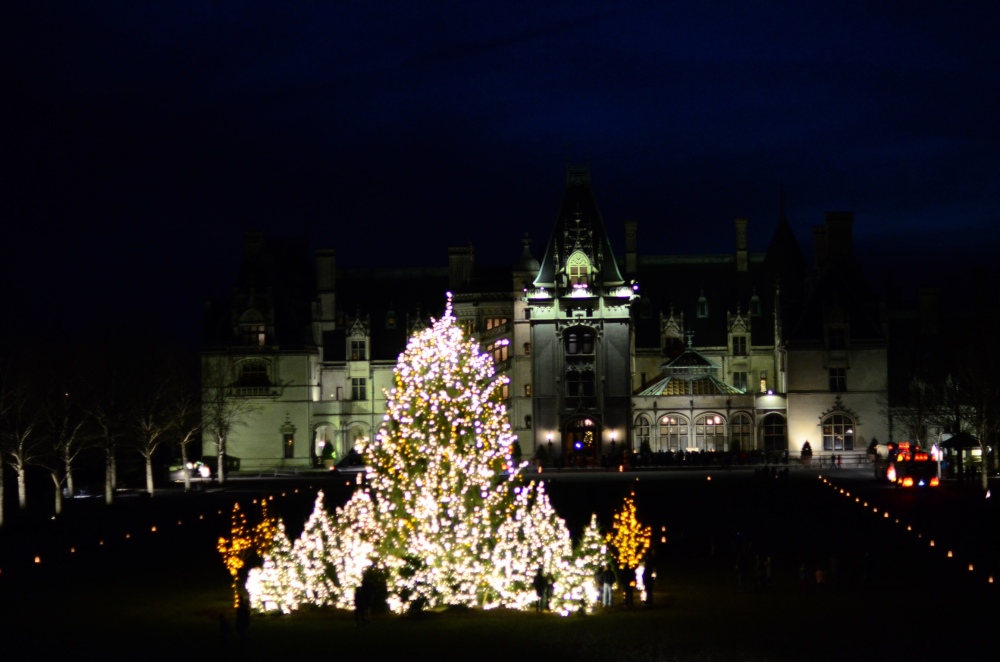 Because of how the holidays fell this year, Trav and I were unable to spend the actual week of Christmas with either of our families; instead, we’re seeing my folks in a few weeks here in Chapel Hill, and this past weekend, we met his parents in Asheville, for a long weekend centered around Christmas on the Biltmore Estate.

I’ve lived in North Carolina almost 15 years, and this was only my third trip to Asheville, and our first to Biltmore. The in-laws had been before, and since Asheville is the same distance from us in the Thrill and them in ATL, MJ (my mother in law) had suggested meeting in Asheville a while back, not even thinking of Christmas. But I am hear to tell you, if you can do Biltmore at Christmas, the sheer excess and Extra-ness of the Vanderbilts and the whole place is absolutely worth it. 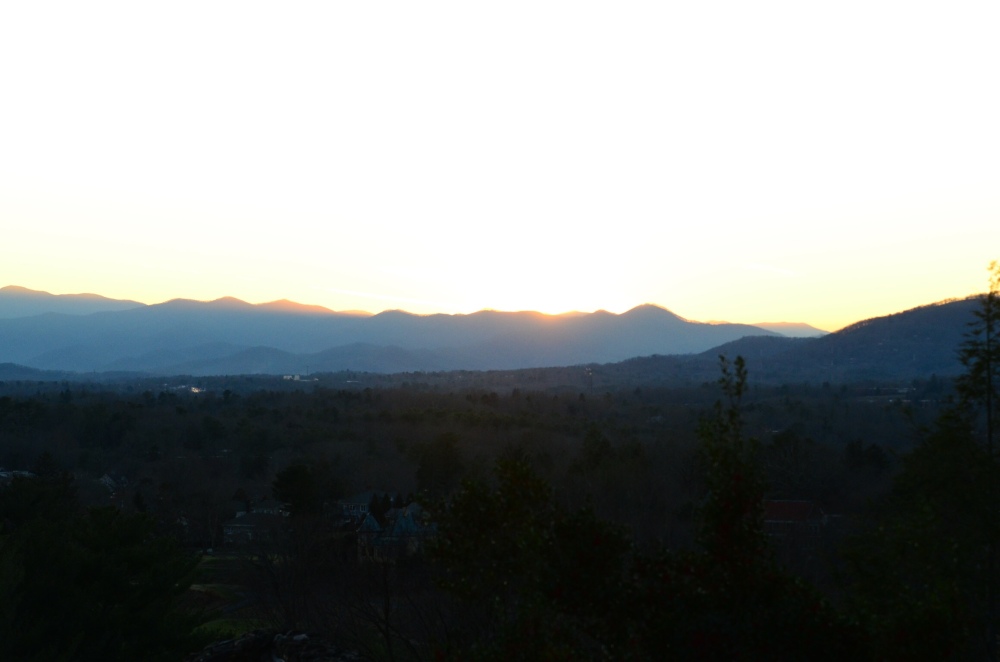 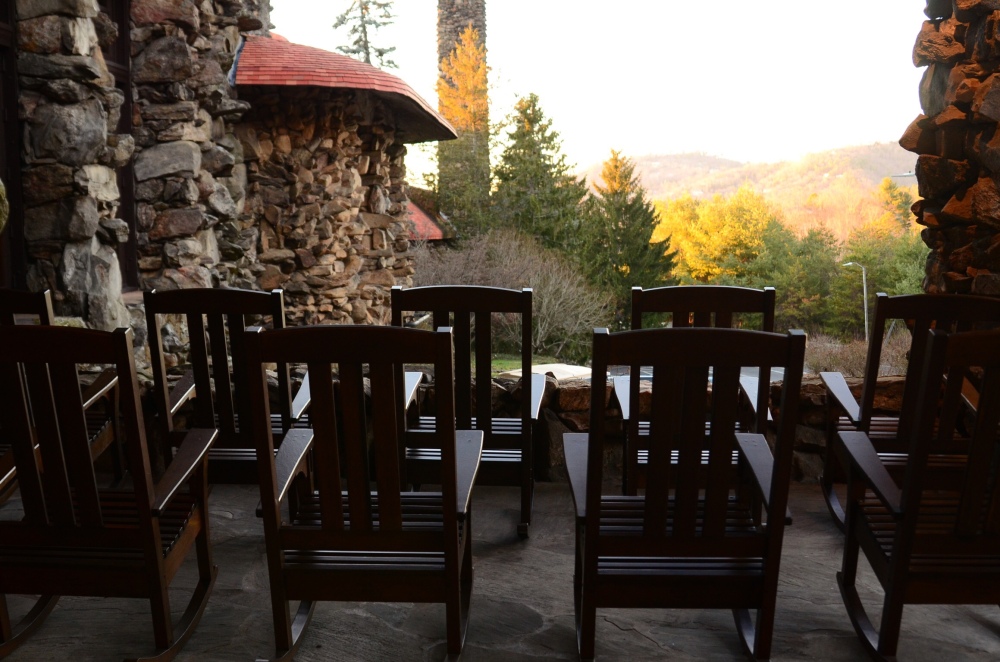 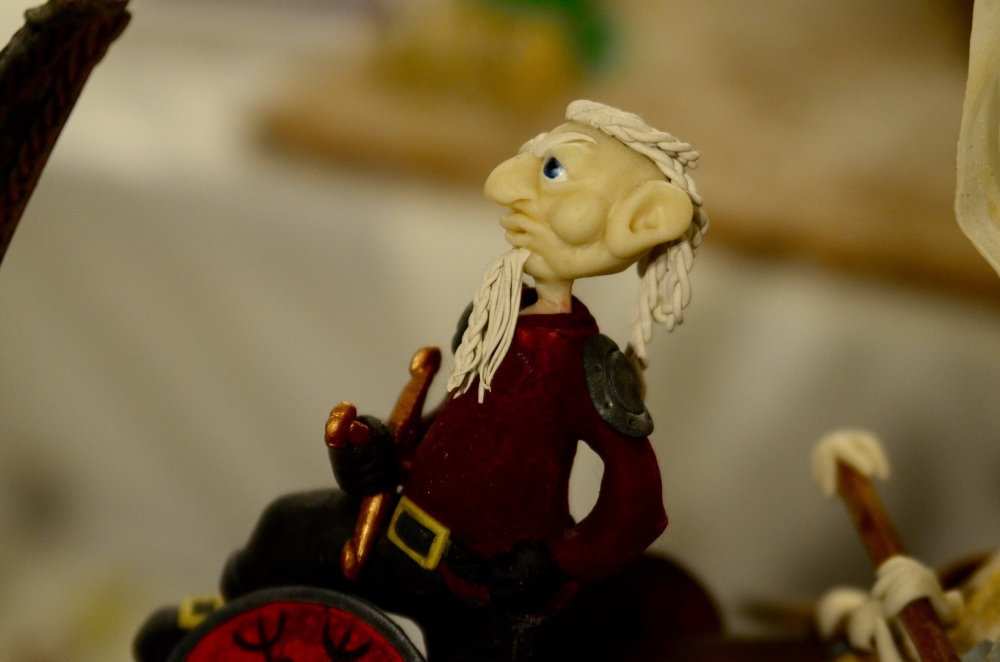 We drove up on Thursday – and made a pit stop for ribs and graffiti in the River Arts District – and that evening, drove out to the other Asheville spot of excess, the Grove Park Inn. A reason to spend a December weekend, particularly the weekend immediately before Christmas, in Asheville, is that it isn’t just the Biltmore that’s all dressed up – so was the Grove Park Inn, and they host the World Gingerbread House Making Competition that weekend. We had drinks, watched the sunset, and marveled at the things that people can do with gingerbread, icing, fondant, and marzipan.

(I also explained what fondant and marzipan were to many, many strangers.)

The Grove Park Inn is a different kind of excess that Biltmore; at the Biltmore, it’s gaudy and gorgeous, and at Grove Park, it’s the sheer size and spectacular architecture of that place. Even if you’re staying at Biltmore on the grounds, make sure you spend at least one sunset at Grove Park. 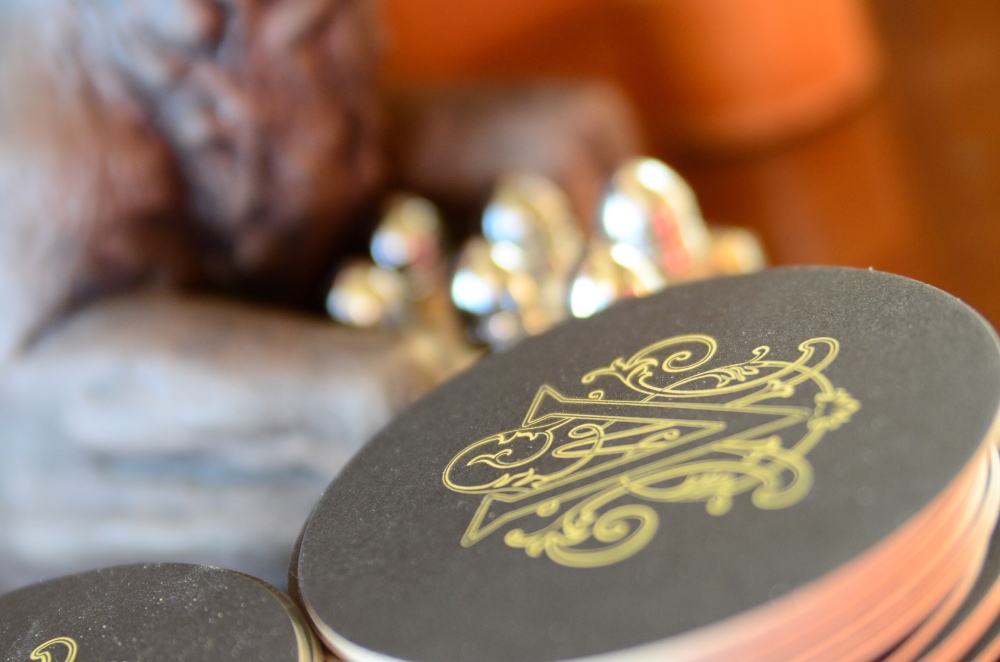 Biltmore itself is at least a full day, and probably if you wanted to explore the grounds outside of the buildings, even more, but we made a simple day of it. Since we weren’t staying on grounds, we started at the Inn for the spectacular views and their lovely Christmas decorations (more gingerbread), and then parked a took a shuttle to the main house to explore the grounds. 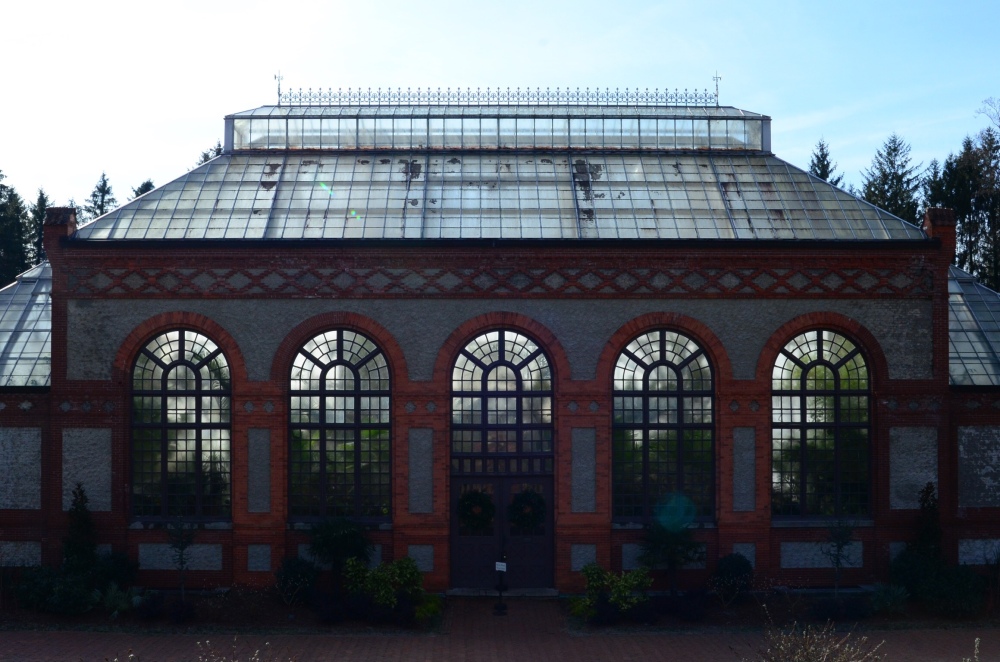 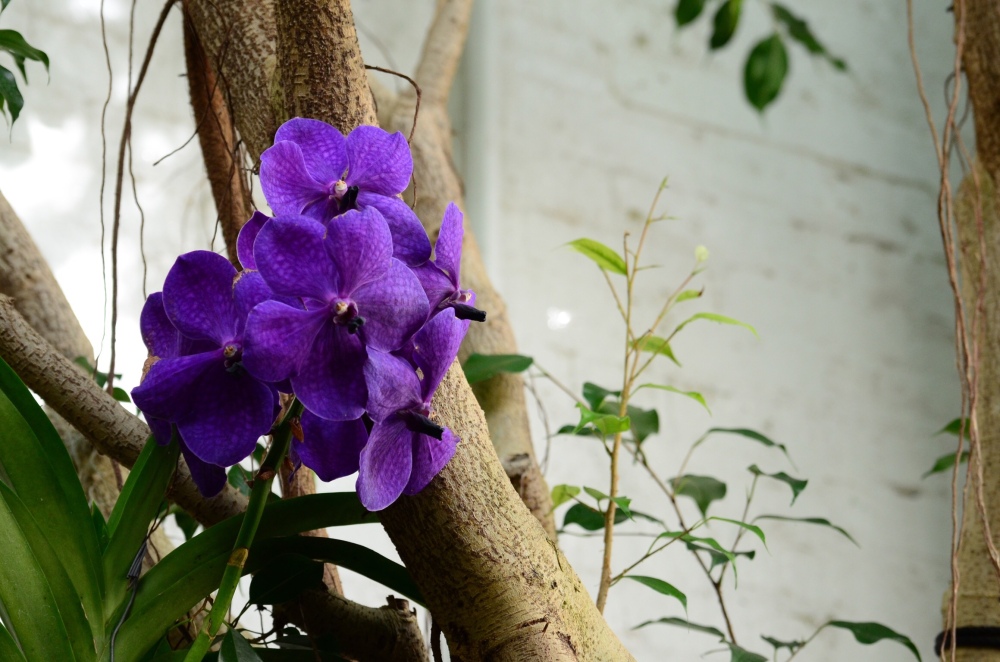 I was most interested in the conservatory, as you might expect, especially after reading an Our State magazine feature a couple of years ago about Biltmore’s orchid collection. It didn’t disappoint, and it’s really worth seeing even if you aren’t as into plants as I am. I can’t wait to go back in the spring or summer and see the formal gardens all in bloom. 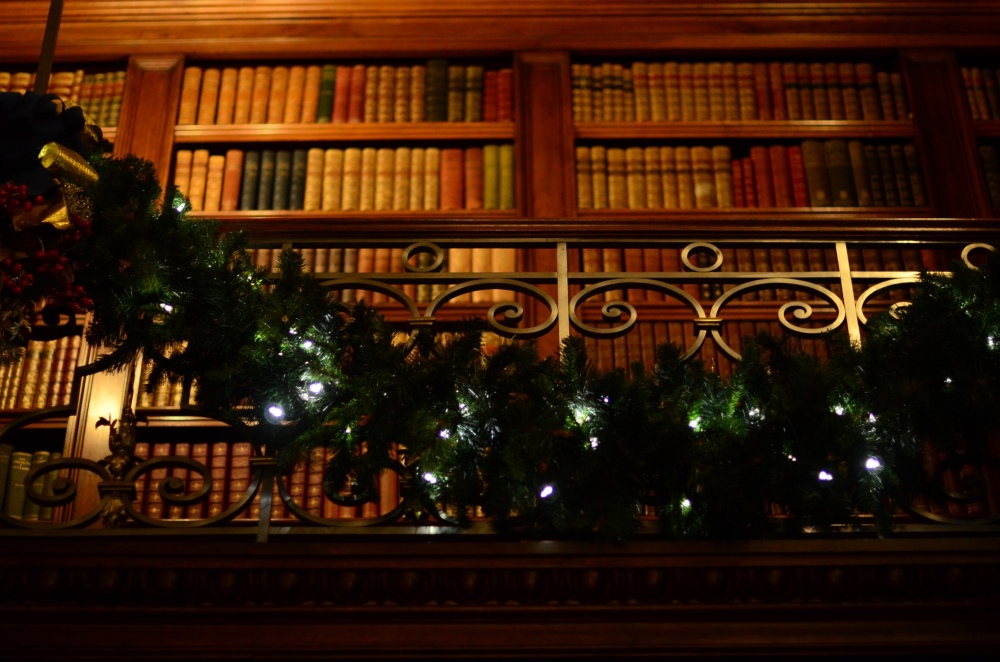 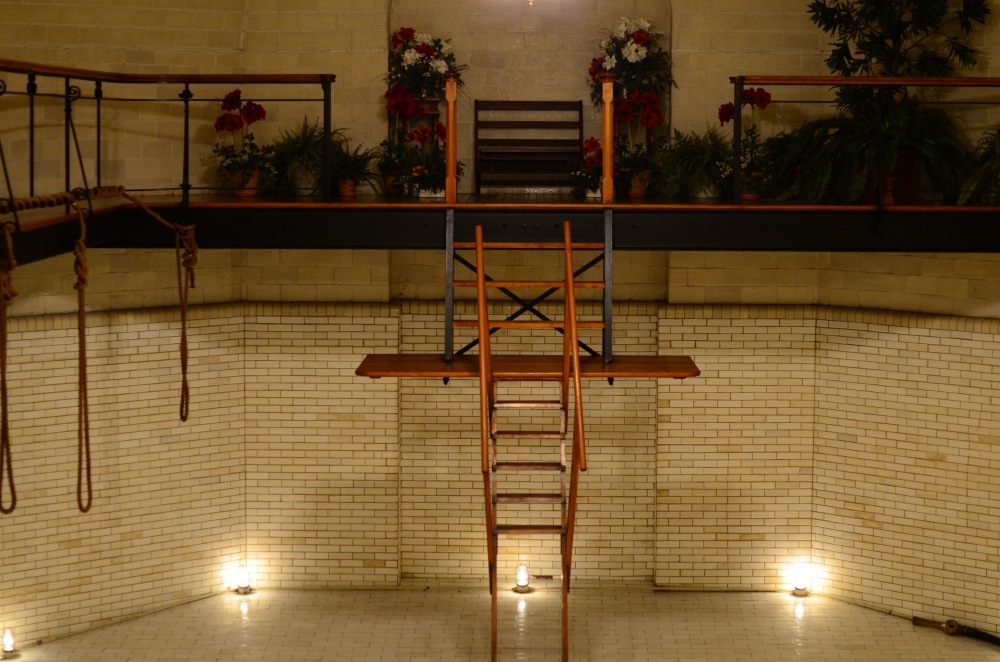 The Candlelit evening tour was well worth it; the tour itself is worth it regardless, self guided and self-paced, and it takes you through the honestly overwhelming Christmas décor and all of GW Vanderbilt’s standard excess. I’m obsessed with the swimming pool in the basement.

For our trip, we were also lucky enough to see a Downton Abbey exhibit that’s currently on the grounds; I never watched the show, but the upstairs / downstairs nature of the show, viewed in the afternoon, really put the upstairs / downstairs nature of Biltmore in a sharp light. The exhibit only runs through April, but if you have a chance to get up there, do it! 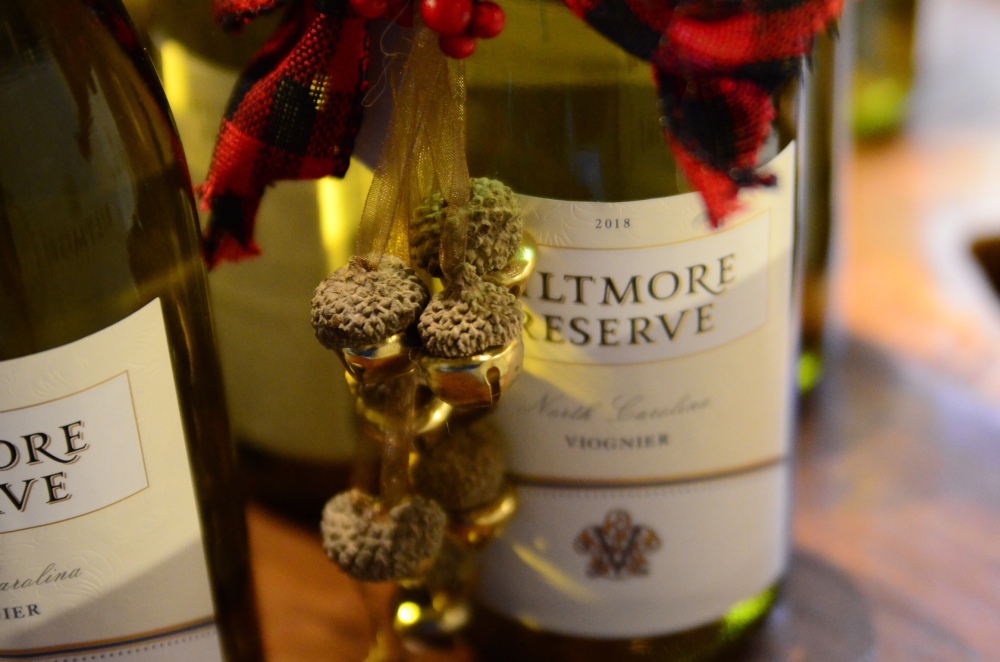 We had dinner at Village Social, and everything about the meal was fabulous. Try the fresh fish. 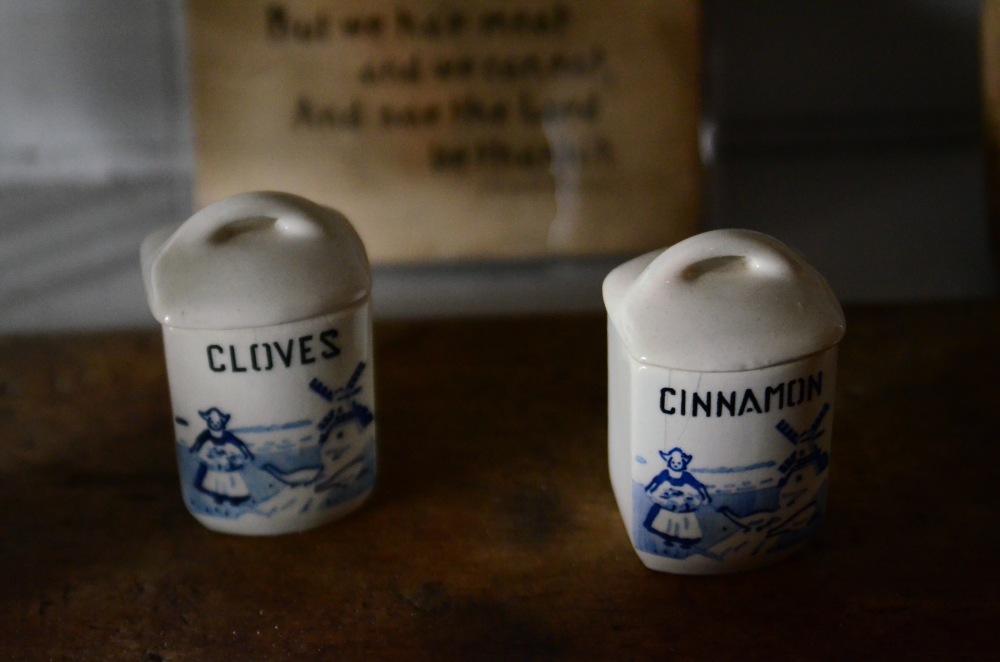 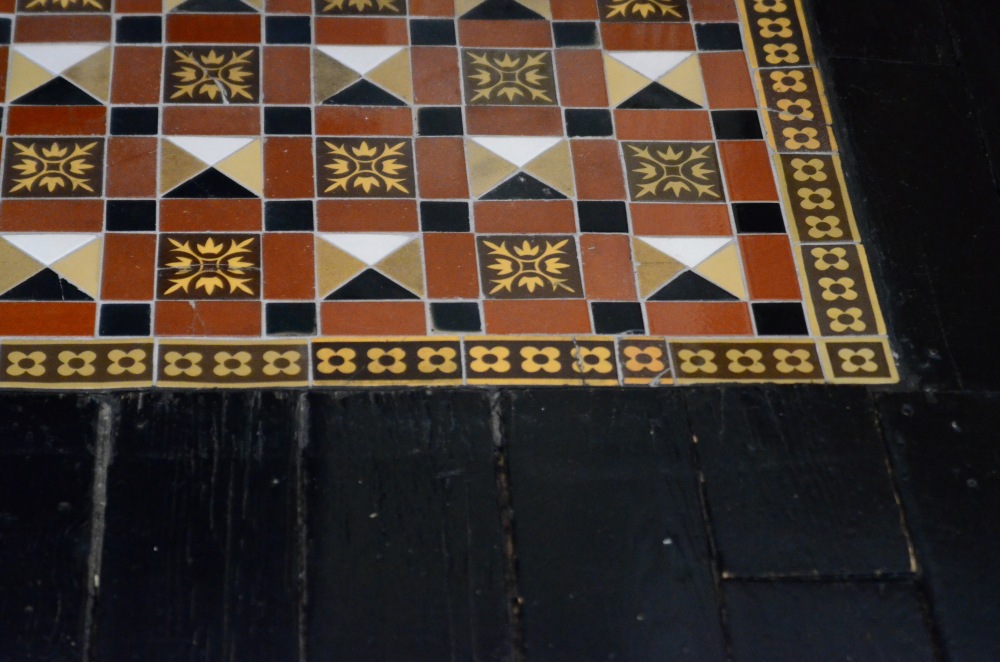 Saturday, we headed downtown to visit the birthplace of Thomas Wolfe. Here I confess that I have never gotten all the way through Look Homeward, Angel, but after this tour, I might try. There’s a lovely small museum, and the house tour itself takes about an hour. The contrast of Wolfe’s childhood home to Biltmore, is, once again, a wonderful pairing.

We also stopped in at the Basilica of St Lawrence, a stunningly gorgeous Catholic cathedral on the edge of downtown Asheville; it was conceived of and designed by Rafael Guastavino, who came to Asheville to work at Biltmore, and who tiled both the ceiling in the Basilica and the swimming pool in the basement. (He’s also responsible for Grand Central Station and Carnegie Hall, among others.)

We capped off the day with a cocktail at Sovereign Remedies – highly recommended for their creative cocktails and interesting small plates. 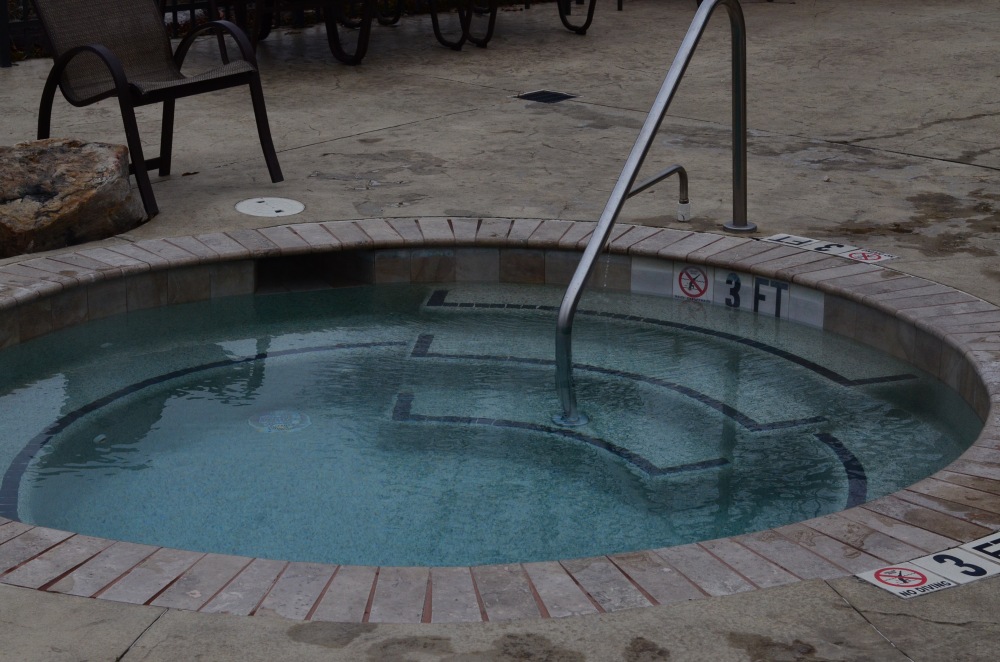 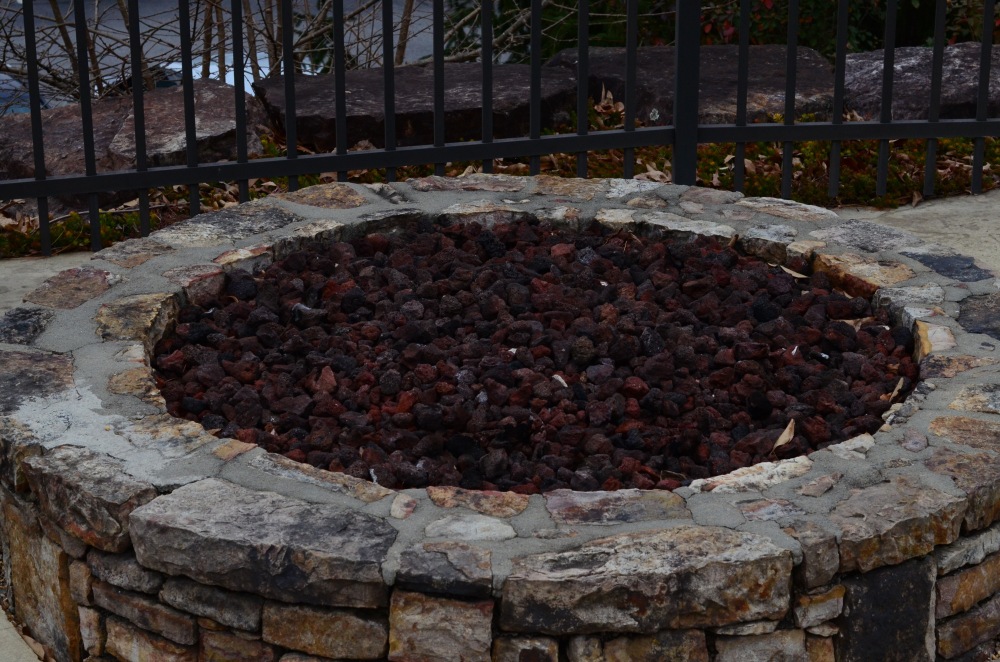 As I noted, we didn’t stay on grounds at Biltmore; if you didn’t want more space, you should definitely consider it. But we wanted a little more space, and so we ended up staying at the Residences at Biltmore – a hotel just a few minutes’ drive from Biltmore itself – in a lovely condo-like space with a great living room (fireplace included) and a full kitchen. We cooked in two different nights, and it was great to have that much relaxation space to come back to. The Residences also have a pool, a hot tub, and a fire put, though none of us used them. I did go check them out, and next time we’re there, we’ll definitely be spending some time in that hot tub.

We’ll be back to Asheville for sure, to see the rhododendron tunnels and take the secret passageways tour at Biltmore, but if your question is should I take myself or my family to Asheville for the holidays, the answer is firmly yes.