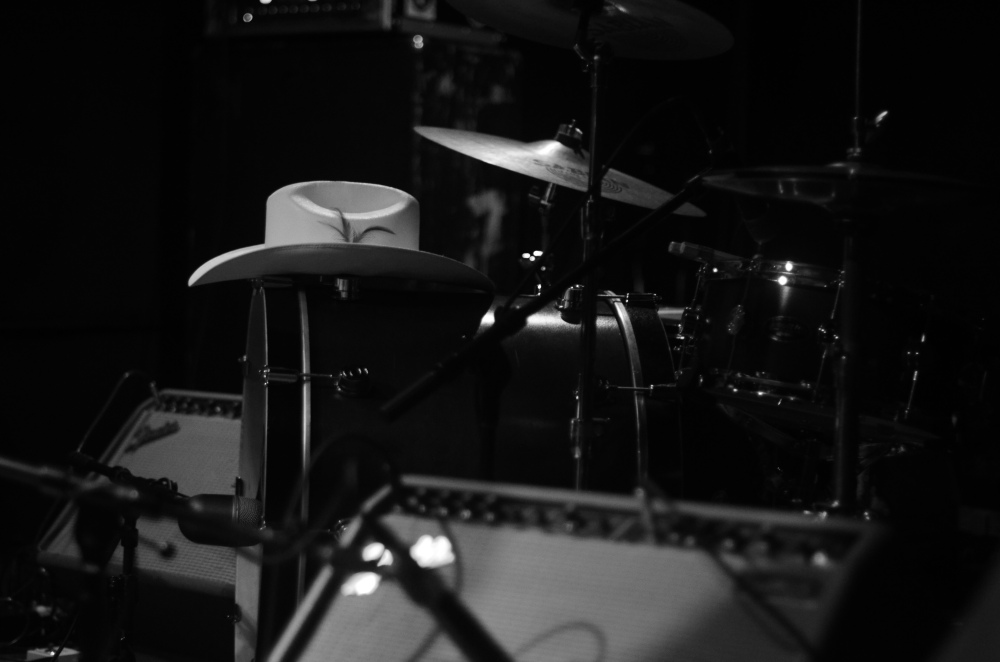 Out now on Bloodshot Records.

Okay, so I’m a few weeks late on this one, but trust me, if you too are several weeks late on this one, it is definitely worth your time. Love and the Dark is Jason Hawk Harris’ debut record, out on my beloved Bloodshot Records, and it is a goddamn stunner of a record, full stop, very little need to even mention it’s a debut short of making the accomplishment all that more impressive.

Put it this way: the last time I cried this hard at my desk over a record, it was Josh Ritter’s Beast In Its Tracks. And this is a similar record, kind of, if you look at it a little bit sideways.

It’s a record that has a lot of broken heart in it, like drinking-by-myself two-step “Cussing At The Light”. It’s a record that has a lot of damn clever word play and lyrics, like whirling dervish guitar-wailer “Confused”. It’s got lush orchestration, where the music in opener “The Smoke and the Stars” almost overpowers Harris’s voice, both pleading for one more chance. “Giving In”, with its chiming melody line, absolutely destroyed me with the chorus line: I wish that where I am was where I’ve been. (Why wouldn’t it? It has the emotional resonance of Mason Jennings’ others may know where you’re from, but honey, I know where you’ve been.) “Red Room Blues” is a show closer on the level of the Old 97s “Timebomb”.

And “Grandfather” is every single piece of gorgeousness that everyone else has said it is.

It reminds me a lot of early American Aquarium, though – and I mean no offense, BJ – Harris is a much more polished songwriter than BJ Barham was at that age. There’s an edge of wild energy to all of the songs, even the slower ones like “Phantom Limb”, where the pedal steel just plaintively echoes the whole fucking idea of a phantom limb. Almost every track feels like it’s just one more shot from going completely off the rails, but the way that Harris and his band walk that line without thundering over it is masterful.

There’s nothing new to country music in this record, and I don’t say that as a drag – I say that to explain that despite that, Harris has managed to make one of the finest, most innovative country records I’ve heard in a damn long time. (I’ll be getting to the Highwomen this week, don’t you worry.) If this is your genre, this record is a can’t miss.