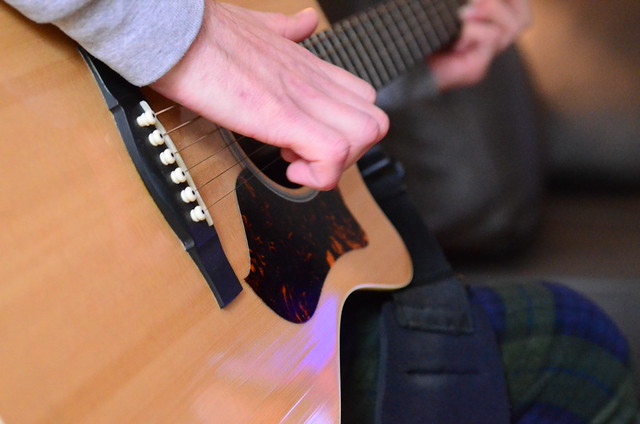 Living with someone is sometimes kind of weird. Trav knows me better than anyone else in the world — I said to Allie in an email a few weeks ago, the closest phrase to describe what we have is that he recognizes my DNA, and I recognize his — but because before we got back together, we hadn’t actually seen each other in years and years, there’s all kinds of every day things that we don’t know about each other. We both knew what the other one did in grad school, basically, but not the specifics. I didn’t know why he’d stayed in Boston. He didn’t necessarily know the depth and breadth of my weird encyclopedic knowledge of college basketball trivia.

And because we were long distance for the first year, there’s not just that stuff, but the weird quirks you learn when you share a house with someone. He’s utterly baffled by my referring to some of his favorite parts of songs as “pointless guitar wankery”. I’m learning that he daydreams as much as I do. He makes me corral all the stray plastic cups half-full of water once a week. He can’t function before a cup of coffee, and I lived without a coffee pot for three months after shep. moved out, until my horrified father bought me a cheap pourover pot at the holidays. 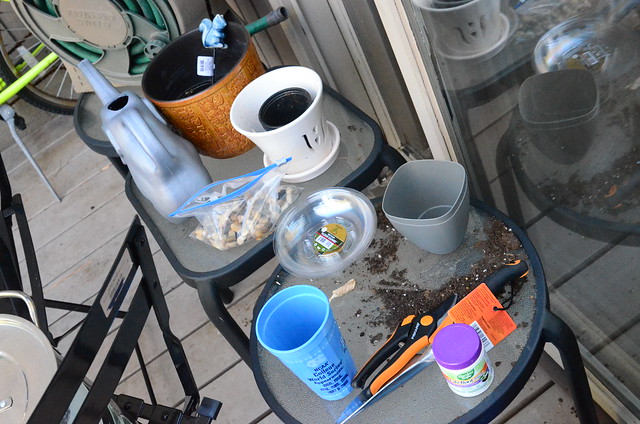 We both have the same stupid, goofy sense of humor that drew us together in the first place, back when we were barely out of our teens. One of the Things we have in common are a bunch of podcasts; when we were long distance, we’d listen to them and then gab about them. It was something that made us feel closer together, you know? And one of those podcasts is an NBA podcast that shep. turned me on to years ago, and they have a regular Friday segment that involves puns on NBA players’ names, and … Trav and I will endlessly — I mean, endlessly, we’re still punning on names we started on weeks ago — make dopey The Starters Pun Gun-style puns not just on basketball players, but on just about anything we think of. It is essentially not funny to anyone but us, but isn’t that how things are supposed to sometimes be in a relationship?

He does most of the cooking, and he cooks without recipes most of the time; it’s intuitive for him, now. I cook less often but with recipes, and I am the queen of the crock pot. We’re both learning that there’s something deeply satisfying about feeding the person you love best something delicious that you made. We’re eating better. We’re not getting enough exercise, but that’s because winter. (Winter is the pits. Get here soon, spring!) 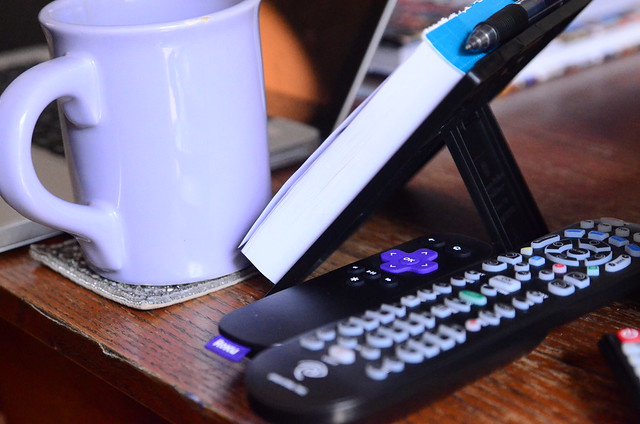 I haven’t lived with a romantic partner in ten years; Trav never has. I had forgotten, or maybe I had never known because honestly you guys let’s face it the Ex and I lasted seven years because we were too dumb and stubborn to realize we didn’t like each other, about the inherent comfort that can come with living with your partner. There’s somebody to sit on the couch with. Somebody to cuss at the page-a-day crossword puzzle calendar with. I’m just as happy sitting on opposite ends of the couch, reading with the Trail Blazers on the TV, as I am to go out — and I’m even happier to go out than when I was alone. I know it sounds smug and self-satisfied, I know it does. But for what might be the first time in my entire life, I am happy and content with my life. I’m taking photos again. I’m remembering to eat. I fall asleep and wake up next to someone who loves me best in the world every day.

The weekend before my birthday, I realized that for the last two months, my baseline mood has been happy. I’ve been cranky, sick, sad, shaky, frustrated — all those things, too, but what I return to, where I float along, is happy. I’ve never felt this before in my entire 35 years. It’s weird. And good. 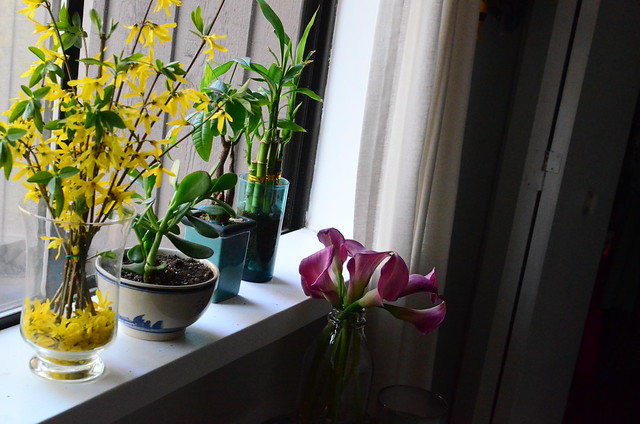 You’re going to be seeing more posts over the next, well, forever about our house, and my new obsession with gardening, and food, to go with the baseball and rock and roll. I’m not going to turn into a crazed DIY home blogger, I promise, because that’s not my nature, but I’m as pleased with the homebody parts of our lives as I am with the exciting ones.

I turned 35 two weeks ago. My life looks nothing like I thought it would, and I couldn’t be happier about that.