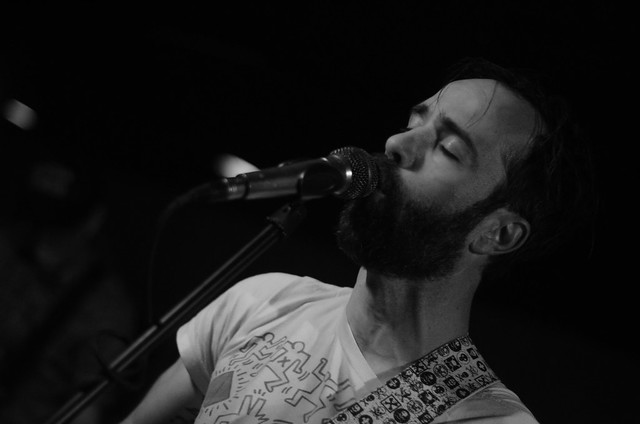 A few weeks ago the Cowboy and I went to see Spider Bags, one of our mutual beloved locals. And Spider Bags were great, because they are always great; the power of the band expanded from a trio to a quartet means even louder and even more lines to follow, and it suits the songwriting that Dan McGee’s doing these days. They were loud, they were energetic, they were fabulous — but I knew that Spider Bags were loud, energetic, and fabulous. I already adore them. 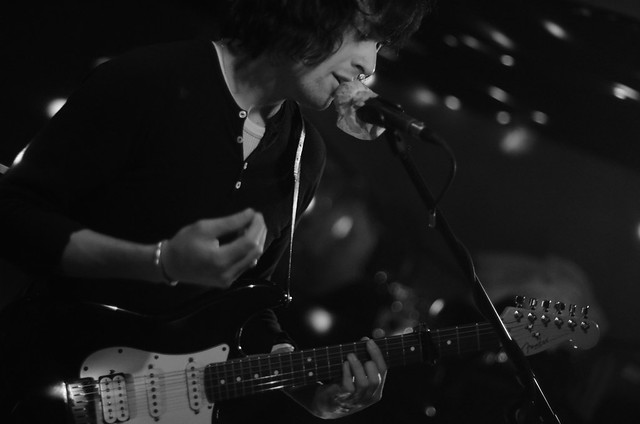 What changed my life, though, is Las Rosas, the New York City opener whose lead singer looks like Keef (young) and sounds like Lou Reed. He came out, mumbled an introduction, and launched into the band’s first song. The Cowboy and I turned to each other about 30 seconds in, and I shouted into his ear, “I don’t even know what’s happening anymore!” He leaned back and said, “I don’t know, either, but it’s awesome.” Las Rosas are four guys, and they play in a style that’s sort of like the Kinks crossed with Dick Dale, some Revolver-era Beatles choruses, Lou Reed vocals, and the Faces and Herman’s Hermits harmonies. They are my new most favorite band, and you should go to their Bandcamp and buy everything they have up there.

Las Rosas is recording a new full-length right now, and I think it’s going to be fabulous.

Full set of Spider Bags and Las Rosas is here.