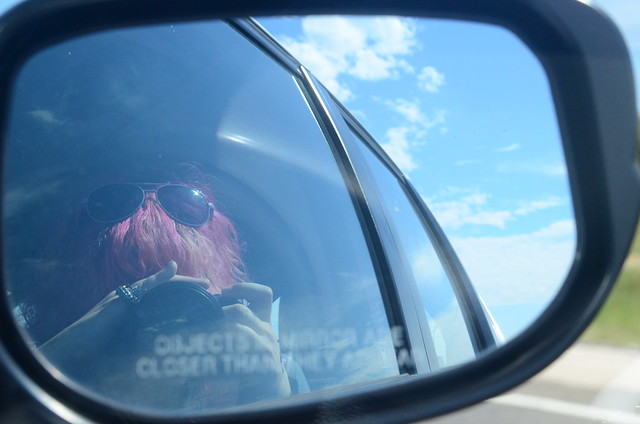 Marfa, quit acting like suckering New Yorkers into buying high desert real estate isn’t just outlandish fraud. You’re flat and empty, wow. Kansas must be the new Guggenheim. You’re out, go be New Mexico for a while until you show me something. — Spencer Hall, “Charlie Strong Has Kicked You Off The Team”

I flew to Texas, and then Allison and I drove 900 miles, round trip, to Marfa, TX, a town of 2100 people in West Texas, for a music festival because — well, why not? 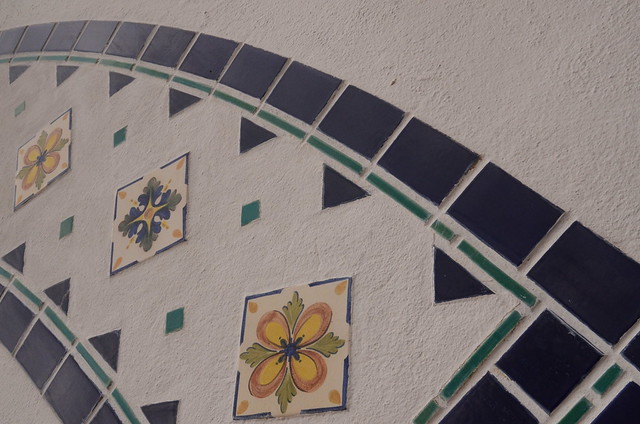 I’d never been to Texas before. I’d certainly never been to West Texas before, a stark and gorgeous place that absolutely blew me away. I spent a lot of time saying “And do you know anything about windmills?” (West Texas is covered in enormous windmill fields, which are, in fact, stark and gorgeous. I am obsessed with figuring out how they work in providing energy.) We saw a cow running, flat out running, after a herd of other cows who were ambling while driving past vineyards in the Hill Country. I took pictures of a lot of rural decay, which was both sad and lovely. On Saturday night at El Cosmico, Allie and I were waiting around while I texted back and forth trying to set up an interview, and Meshell Ndegeocello ran out from backstage, also flat out, carrying her bass. Annie Clark of St Vincent sang the National Anthem, a cappella, before a sandlot baseball game that involved a lot of effort, little talent, and a rooster mascot named Quicksilver, with whom you could take a selfie for a buck, in the press box — proceeds donated to Marfa NPR. 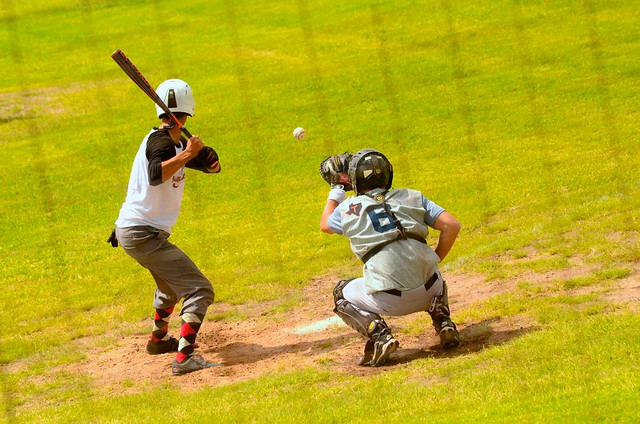 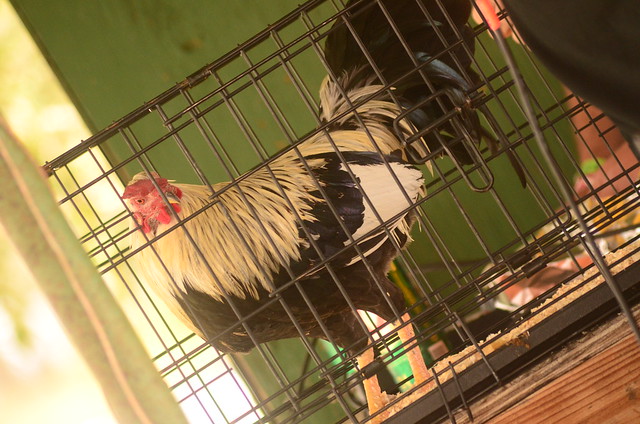 For fifty bucks, your dog could eat Quicksilver. Marfa NPR made eleven dollars off that. They made $850 off Austin restaurant Frank selling hot dogs, though.

(One of the pitchers for Marfa’s Los Gallos was wearing an Orioles cap, which prompted the two guys calling the game from the press box to say … thus proving it’s not just people from Austin who move here to drop out of society. I laughed. I didn’t talk to the only other Orioles fan in Marfa, though. I should have. Maybe next year.) 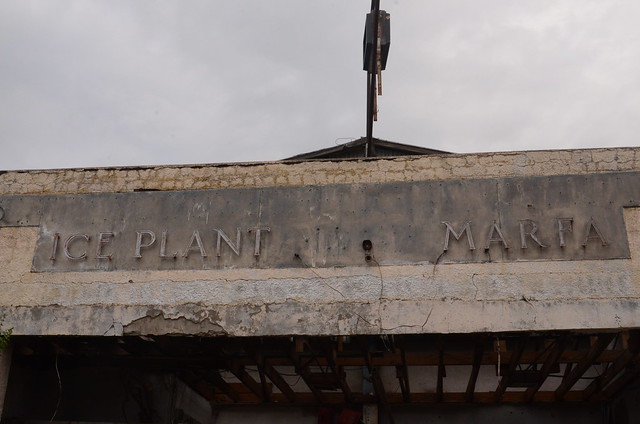 Marfa is tiny, but one thing it has is Liz Lambert, who owns El Cosmico, a ranch just outside downtown that’s normally populated by a dozen restored trailers and some teepees and some scout tents (plus the Thunderbird Hotel in Marfa, and two boutique hotels in Austin; she has an empire!). The weekend of the Trans-Pecos Fest of Music and Love, though, it’s also populated by about a hundred tents pitched by attendees, and three dozen scout tents pitched for people — like me and Allie — who don’t camp, but are willing to sleep on the ground in the cold for the privilege of seeing a whole bunch of bands who could play much bigger stages play a very small, very intimate stage. 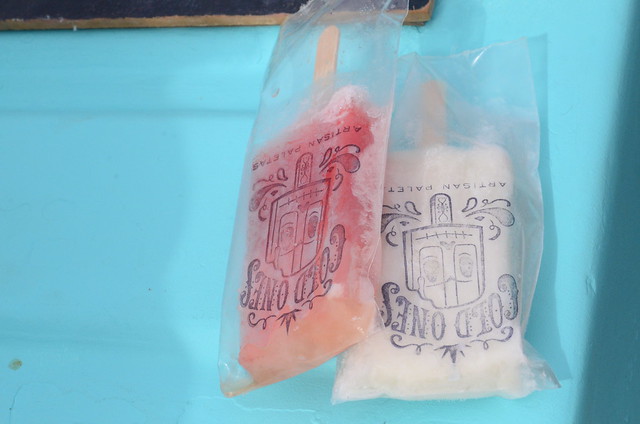 (Another thing it has is a guy at Marfa NPR who came busting out the front door when we were walking past on Friday — I was wearing my CARLETON HOCKEY hoodie — to say to me, “Are you Canadian?” When I made a baffled noise at him, he said, “Carleton, Ottawa, yes?” I was so disappointed to disappoint this man, in a tiny West Texas town, who thought I was a fellow Canadian. No, Carleton College, in Minnesota, I told him. “Ah well,” he said, and ducked back into the station.) 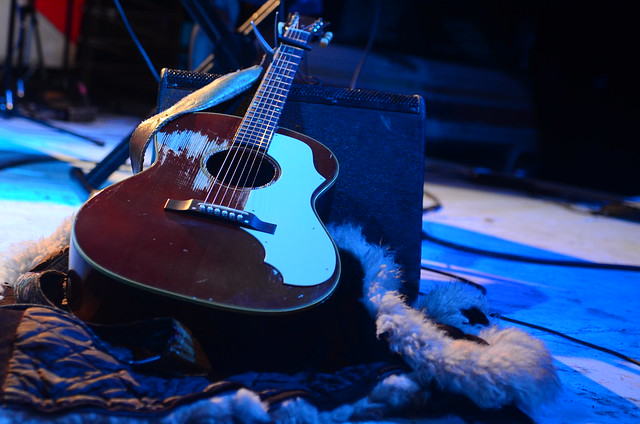 I saw Tift Merritt and the Heartless Bastards. Tift’s pedal steel player is still adorable and the Bastards are doing new stuff, with Erika on keyboards again, for the first time in years. I saw John Doe do “The Golden State” and then cover “A Case Of You” with the introduction, “This is the greatest love song ever written.” The Old 97’s played a two hour set that surpassed anything I’d ever seen them play, so joyous and unique and special that I’ve been ruined for any other 97’s set ever. Ben Kweller and his wife and kids hung around all weekend, watching bad baseball and taking silly photos. Girl In A Coma worked a crowd full of bros into a lather with a sexy, creepy cover of Sam The Sham’s “Little Red Riding Hood”. And Rhett Miller just sort of stood around, being Rhett Miller, for most of the pre-97s set evening on Friday, and every woman there, as my friend Andrea aptly said, was sitting around tryna pretend they weren’t staring at him. We were all staring at him, though. He’s just so pretty. 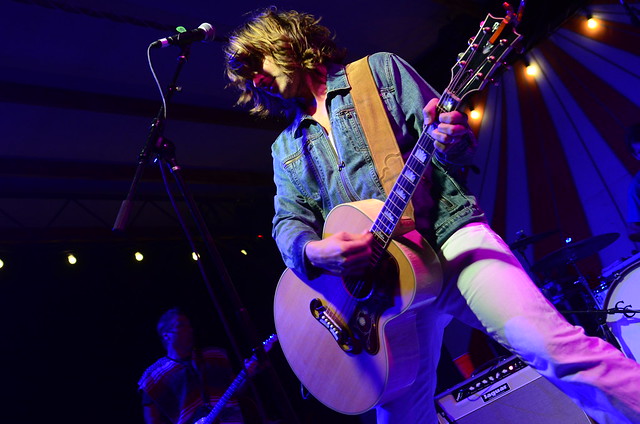 (He can also write the fuck out of a song. Holy motherfucking shit the new records sounds amazing live. Look for a review, finally, next week. Also: they’re putting out a deluxe re-release of Hitchhike to Rhome later this year, for the 20th anniversary. I will be buying that, thank you very much. Awww, Hitchhike and Bloodshot are the same age! I just realized that.) 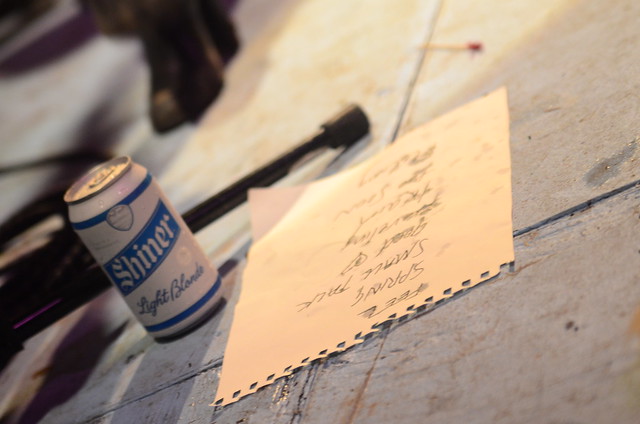 All of the bands who played seemed so happy to be there; this was the 8th year, and I think Tift has played it every single year, or at least 6 or 7 of them. John Doe, a man who helped shape punk, was the middle act on Friday’s bill, and then Rhett got up with the 97s and genuinely enthused that he couldn’t believe they had to follow Ben Kweller; later they got John to come out and he played guitar on a couple of songs and sang a duet with Rhett, who looked like he couldn’t believe his luck in sharing a stage with John Doe. Rhett Miller, serial ladykiller: Trans-Pecos left him feeling just as star-struck and delighted as the rest of us.

We ate well: pizza made by Boston refugees who have a Red Sox related password on the restaurant wifi network at Pizza Foundation; great barbeque and amazing fried chicken from food truck Fat Lyle’s. We visited Prada Marfa, which is in fact a thing that exists, and it was weird and beautiful and funny. Allie and I stopped to visit a couple of small town libraries. I took 1200 photos and interviewed Nina and Phannie Diaz from Girl in a Coma for Brothers In Arms. I slept badly and I didn’t shower for three days. 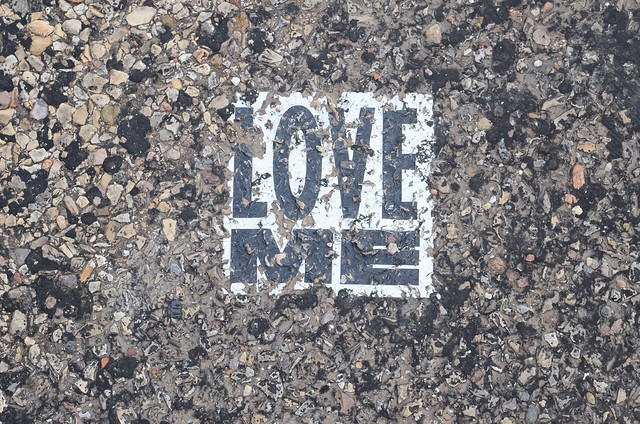 This festival exists because Liz Lambert wanted to have it. It is so very very much a labor of love, something that was created so that bands she liked and people she liked could come to a place she loves, and I fell for it. I fell for it hard, and I regret nothing about it: Marfa was gorgeous, the festival was fantastic, the music was out of this world. The company was fabulous — Allison is an excellent road trip partner, who patiently drove all fourteen hours because I don’t have a license right now. I DJ’ed and paid for gas. We laughed a whole fucking lot, which is all I really need in a road trip partner: laughter, and a willingness to hare off to explore weird things, which she totally does, and is.

I knew I would love Texas because Allie loves it, and I will never love anywhere like I love the Thrill and the Triangle, but — sometimes you have a weekend, or an experience, and all of it is magical, even the parts that don’t go as planned. This was one of those weekends: magic. A confluence of almost all the things I love best, all in one place, even if that place is the most unlikely high desert of West Texas.

Full set of photos is here; if you don’t want to browse the Flickr set, the music highlights are on Speakers.