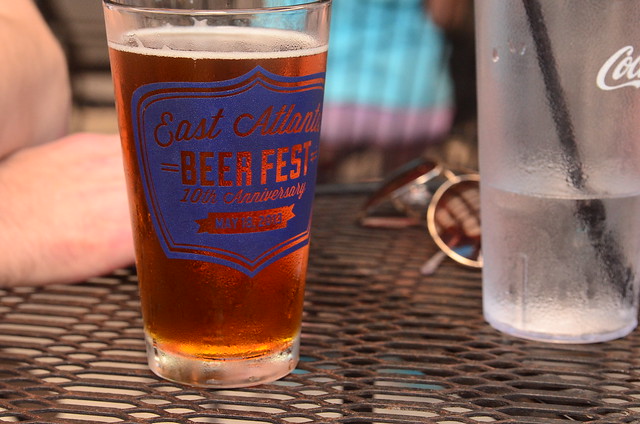 I was down in the ATL this past weekend seeing Trav, the fourth time I’ve been down since we got back together in February. Long distance, of course, sometimes means that you often just want to sit on the couch and be within arms’ reach of each other, and the first three trips down, Trav and I left the house for food a couple of times — we even had dinner with his parents the last time! — but mostly we just reveled in being in the same place after a lot of not being in the same place. Which means I didn’t take a lot of photos, because photos of us getting super obsessed with the NCAA oftball College World Series super regionals are boooooring. (We got super obsessed with the NCAA Softball College World Series in May.)

This time, though, I took photos! We did things! It was awesome. (It’s always awesome. But still you know what I mean.) 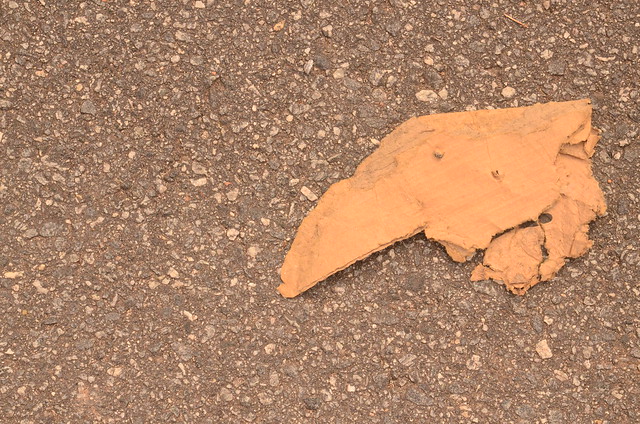 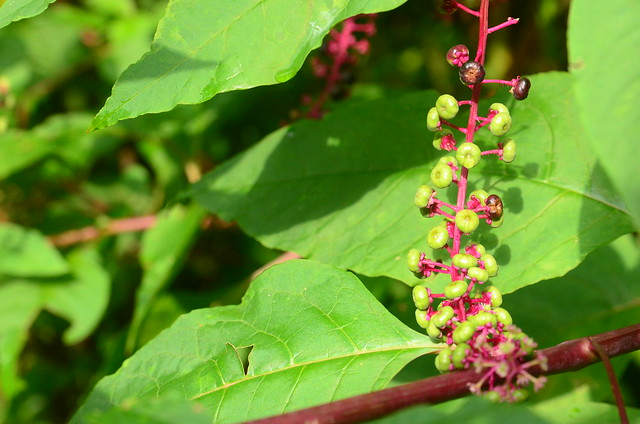 (Please note that the above piece of cardboard in the road is shaped exactly like North Carolina.) 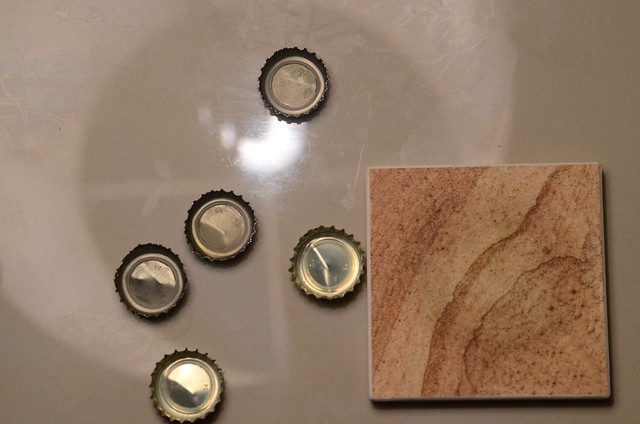 Friday Trav had to work, and I spent the day taking pictures of the plants around his house, drinking coffee, and writing record reviews. We took ourselves out to dinner to celebrate six months of dating, and then we went back to his house and, like the incredible dorks we are, figured out how to stream bootleg Sports Night episodes from YouTube via my Roku. (Because did I pack the Roku in my suitcase? Yes, yes, I did.) And we totally stayed up until 5 am doing that. In case anyone was wondering, we can and will recite entire chunks of dialogue along with the show. You really, really don’t want to hang out with us. 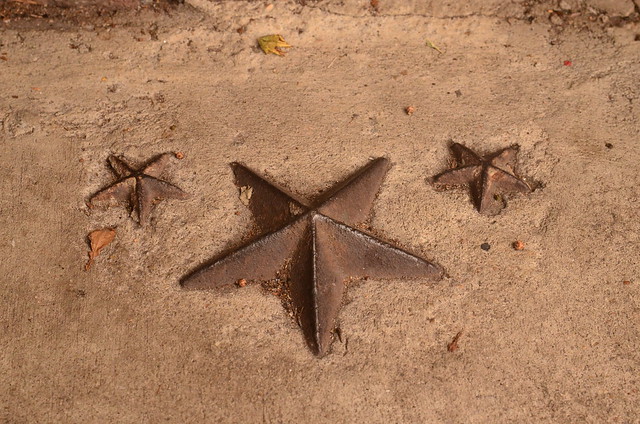 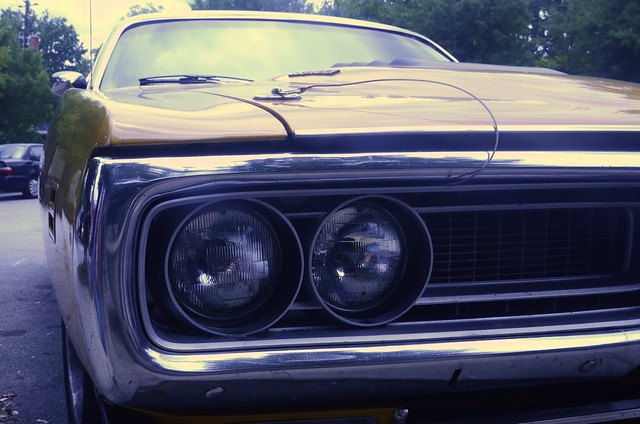 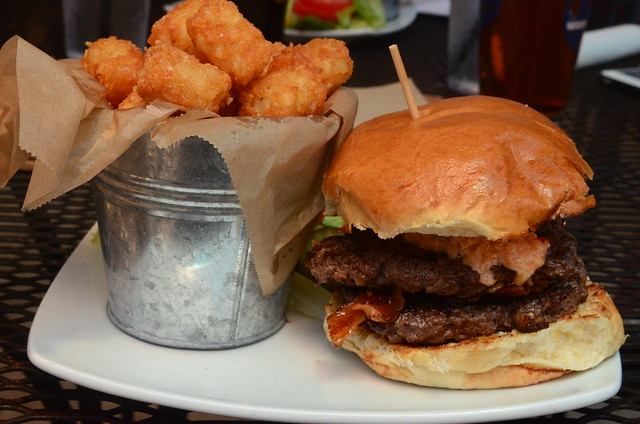 Except that the next day, somebody did! Saturday we drove in to East Atlanta Village to meet my oldest friend, Kat, and her man Mike, and we wandered around for a while looking at adorable Craftsman bungalows we couldn’t afford and I bought a terrible book whose blurb compared it to Daphne DuMaurier’s Rebecca, one of my favorite novels and one of Trav and my’s oldest stupid couple jokes. It was amazing to see Kat after so many years, Mike is fabulous, and the whole afternoon was just a delight. 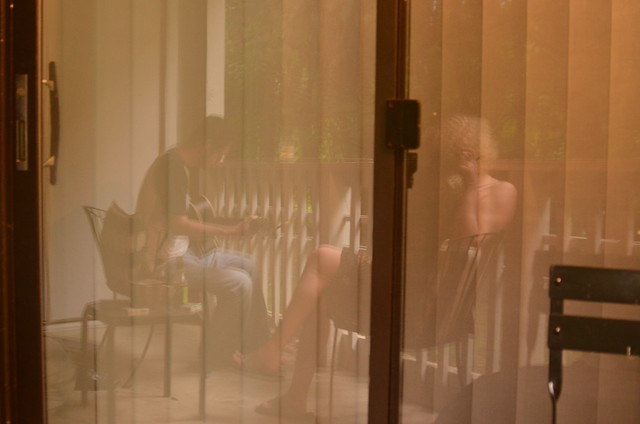 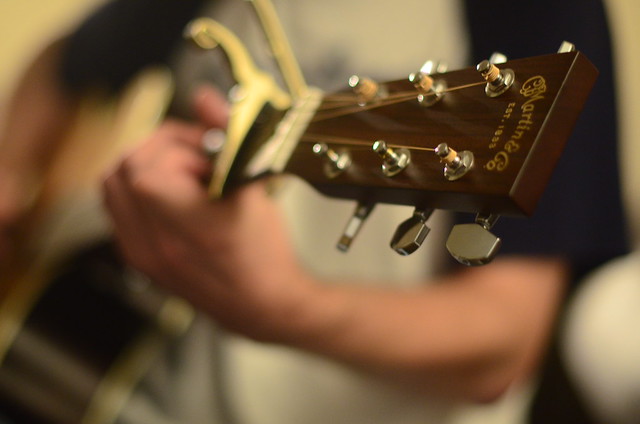 And then, Saturday night, because I am stupid in love with an amazing musician, we sat on his porch with a bottle of bourbon and a bowl of ice and two rocks glasses, along with his newest Martin acoustic, and he played me a bunch of his stuff that I hadn’t heard before, and then he played me all my favorite songs — “Return of the Grievous Angel”, “Madeline & Nine”, “Better Than That”, “Dead Flowers”. It’s gross and sappy and disgusting, I know, but I am crazy about Trav, and way back when he and I were just dumbass kids doing a whole lot of porch sitting and High Fidelity style Top 5 list making, sitting on a porch with him as a grown-up was pretty much all I ever wanted.

Now I get to sit on a porch with him any time I want, as Brian Fallon once said about being famous and eating sandwiches. I can’t think of anything I’d rather do (that I’m willing to discuss in public).

It was a really great weekend.