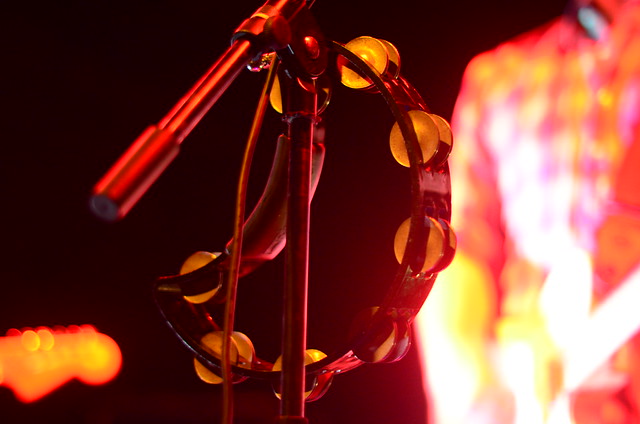 A double shot from This Is American Music! You know I love those guys like whoa.

Fire Mountain – All Dies Down: this is an album full of contradictions; it’s lovely but lonely. The rough vocals and the acoustic guitar driving the songs play against the electric guitars and piano that sound the way heat looks shimmering off the highway. Perry Brown’s voice plays against the incredibly well-used sparse female harmonies; it’s not quite folk but not quite pop. I found myself startled by it, most of the time, because the songs — like “Doing Fine”, my favorite track on the record, which choruses baby no one’s doing fine — have titles that belie the content. The complexity of the songs contrasts the rawness of the emotions on it; it’s just absolutely fascinating to me, and it feels, well — it feels dually intentional and completely accidental. I’m still teasing out pieces of this album, which has been out since May, and I haven’t quite made sense of it yet, but I know I like it. Another contradiction. Which is what makes All Dies Down great.

Caleb Caudle – Paint Another Layer On Your Heart: there’s this line in “How’d You Learn”, the opener on this album, that just staggered me the first time I heard it, and I keep being staggered by it: home doesn’t share you with the places you’ve been. I have no idea why this hits my heart so hard, but the first time I heard it, it just blew my mind. This is Caudle’s debut for This Is American Music, and it’s so excellent I can’t even believe it. Caudle has written a record that’s an ode to trying harder, reaching for more, the things you lose and the things you find, and home doesn’t share you with the places you’ve been just epitomizes everything on this album that’s genius. It’s a guitar rock record with a pedal steel aftertaste, Caudle’s aching voice the centerpiece of everything that it brings. “Miss You Like Crazy” is one of my favorite love songs not just of 2014, but ever, and “Trade All The Lights”, Caudle’s poem to New Orleans, might be the best song to be released this year. There’s so much packed into these ten tracks that it’s nearly impossible for me to do the album justice; I could quote you every line from every song and I wouldn’t feel like I’d explained how gorgeous and soaring Paint Another Layer is. It isn’t a concept album, but all ten songs are part homecoming and part running away, full of hooks that will stay in your head for days. Incredible songwriting and heavy, anguished, uplifting guitars to go with it. Go get this right now. Right now.