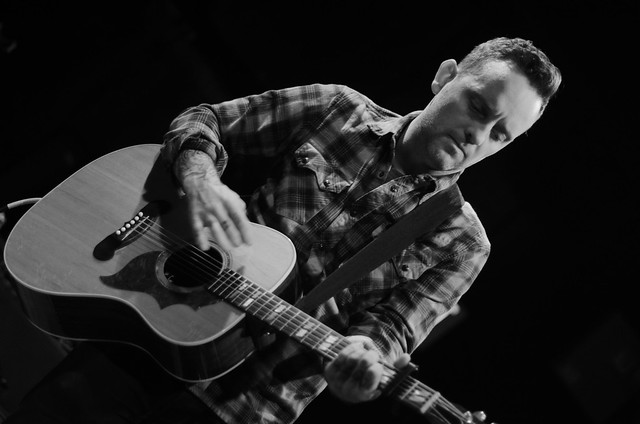 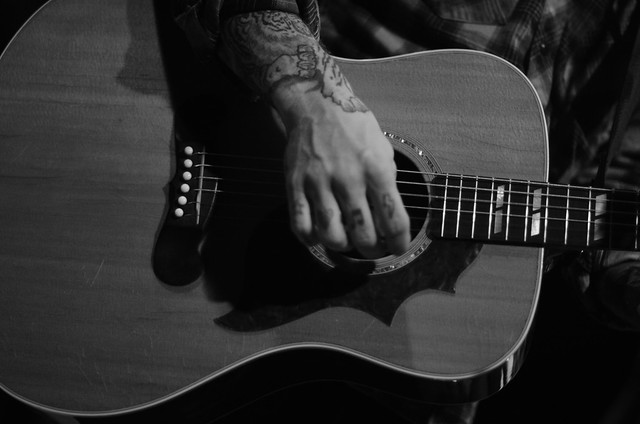 Yesterday in the course of my evening, the following things occurred:

So it was sort of a weird night, and also: keep on being you, Carrboro / Chapel Hill, I wouldn’t want you to be anywhere else ever, and yes, recurring theory confirmed: everything needs more Dave Hause, and will be more interesting and happy and hilarious when said Dave Hause is applied to your life.

Dave played a spectacular set even before we had impromptu underage punk singer/songwriter hour, mixing up songs from 2011’s Resolutions and last year’s Devour — hitting all my high points and really digging in for me how wrenching and gorgeous Devour is. (Dave could come on stage, play only “Time Will Tell” and “Pray for Tuscon”, and then close with either Kathleen Edwards’ “The Cheapest Key” or Patty Griffin’s “Long Ride Home”, and I would consider it a successfully attended Dave Hause show. I’m always glad when I get more.) There’s just something — there’s something that’s so raw about all of Dave’s songwriting, no matter the topic, and how hopeful all his choruses sound inside that rawness. I listen to all his songs about fucking up and hurting people and hurting yourself, and I just walk out of the set feeling cleaner and more peaceful and more alive, like the rawness of Dave’s lyrics is a metaphorical exfoliant for my heart.

Well, I guess it’s been a while since I wrote a really dumb sentence trying to explain why I loved a musician. So there’s my contribution for this calendar year.

Anyway, it was perfect. Even if I hid in the bathroom during “Long Ride Home” so I could weep in private. 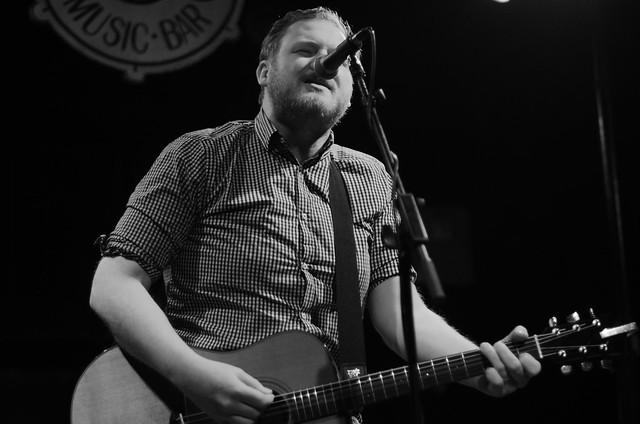 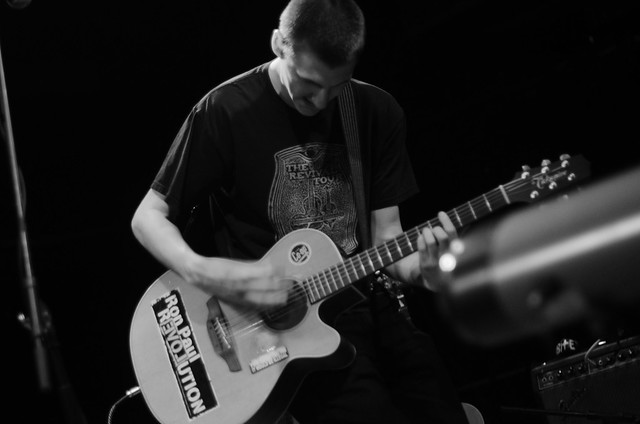 Tours headlined by a certain segment of the folkpunk community always come with equally tasty folkpunk openers, mostly earnest guys in their late 20s and early 30s who wear Chuck Taylors and stomp a lot and sometimes can’t quite sing, but absolutely write sharp and scathing lyrics and hold acoustic guitars like they had an entire fully electric band behind them. I love this genre, I love these boys, and last night — Northcote and BAЯRØИ — were no exception. Lovely and stompy and scathing.