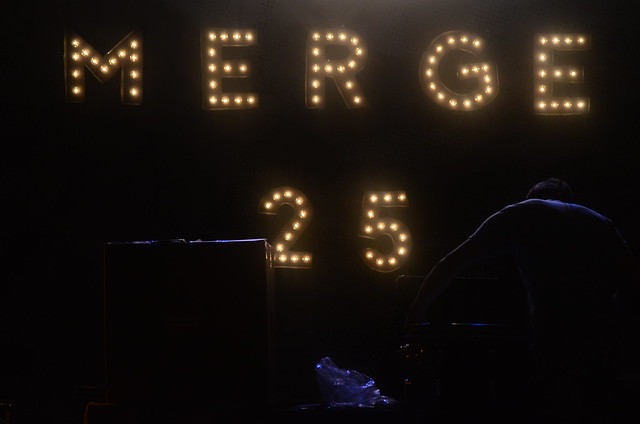 In June 1993 — on the mouth was out, but Flat Duo Jets’ White Trees was due out “that month” — I ripped an article titled “Goin’ To The Chapel” out of Sassy Magazine. It asserted that Chapel Hill was about to be the next Seattle; bands featured in it include Superchunk, of course; Dex Romweber’s amazing Flat Duo Jets; Dillon Fence, an early Greg Humphreys project; What Peggy Wants, Tom Maxwell’s pre-Squirrel Nut Zippers band; the Connells, who with “’74-’75” had one of the only non-Superchunk radio singles of that scene; and Queen Sarah Saturday, a Zeke Hutchins/Johnny Irion band whose single record remains, after Foolish, my favorite Triangle record of the period; among a number of others I don’t know as well. (But frankly, honestly, I should probably dig into. There’s an old Greg Elkins joint called Vanilla Trainwreck in here that I’d totally forgotten about.) In June 1993, my beloved Tar Heels were just off Dean Smith’s second national championship, and I already thought Chapel Hill was unbelievably cool. This sealed it for me, though: Chapel Hill was the coolest place in the universe.

Jim and Laura and Mac all look young in the Superchunk photos; Wurster doesn’t look like he’s old enough to drive.

I’ve told variations of this story to a lot of people; it’s a chorus now, but it remains completely true. Merge threw a pretty fucking great birthday party for themselves this past weekend, and all it did was remind me that Chapel Hill is the coolest fucking place in the universe.

Happy Birthday, Merge. In 1993, Superchunk gave a sad, lonely teenager something to aspire to. In 2014, you just made her a really fucking happy grown-up.

My photos will be going up slowly on the Bottom String, Speakers, and Flickr over the course of the next few days. There’s lots of Wursterface. It’s pretty awesome.