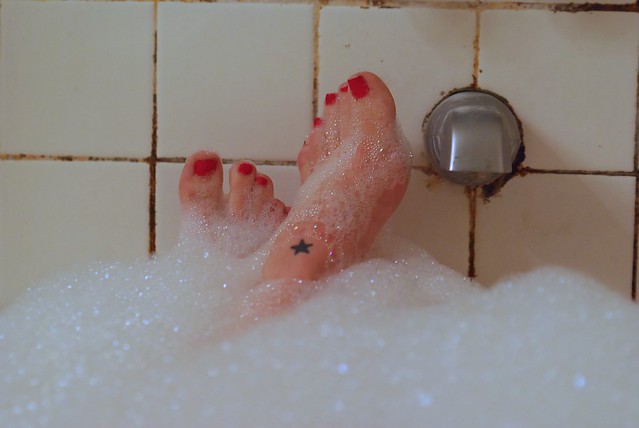 The First Album I Ever Bought is an occasional guest post series where friends, family, and strangers talk about, well, the first album they ever bought. A new piece runs (almost) every Wednesday, and sometimes more often. If you’d like to submit, please see the guidelines here.

In 1997, I was twelve years old, in sixth grade, living in the suburbs of Dallas, and, I was adamant, I hated country music.

I’d started actually noticing and caring about music a year or two before. I’d starting listening to our local pop station, and at some point felt that I had “graduated” to the local alternative station (a common trajectory). My mom gave me a few oldies CDs, in an attempt to convince me, if I had to choose my own music, to choose something she wanted to hear. And I hated country music.

We’d had a karaoke machine a few years before, with cassettes, that you could hook up to the TV. The only cassette I remember playing is the country one — I wore it out, belting out songs like Trisha Yearwood’s ”XXX’s and OOO’s (An American Girl)” and Patty Loveless’ “Timber, I’m Falling in Love.” And yet I was very convinced I didn’t actually like country music.

In sixth grade, so many of the girls in my class were obsessed with Deana Carter’s album Did I Shave My Legs for This?, which had come out that fall. At some point, I started to feel like my lack of education about this album was hampering me socially. Having an opinion about Deana Carter was critical if you wanted to make water fountain talk with your classmates.

I don’t, specifically, recall how I got my hands on the album. Probably I made a friend play it for me at her house at some point. I just remember that I loved it.

The clearest memory I have associated with that album is from that summer, the summer between elementary school and junior high. My family was on a road trip, and I remember listening to the song “Strawberry Wine” (the breakout hit single) and thinking that I couldn’t wait for the day that was my life, to be an adult, sophisticated and jaded and world weary.

“Strawberry Wine,” if you aren’t familiar with it, is a bittersweet recollection of the first boy she ever loved. They slept together (her first time), he went back to college, they drifted apart, and now, when she revisits the farm where they met and fell in love, it seems different, including the line There’s nothing time hasn’t touched // Is it really him or the loss of my innocence // I’ve been missing so much.

I was a melodramatic child.

I didn’t own the CD yet, on that trip; a friend came with us and I was constantly stealing it from her. (It was a point of friction on the trip; we did a lot of awkward attempting to listen together via headphones, which was much harder in the pre-earbud days.) I bought it when I got home, and I am 95% sure it was the first CD I ever paid my own money for, but reader, I’m not going to lie, I’m not 100% sure.

When I hear that song now (and you do still occasionally hear “Strawberry Wine” or “Did I Shave My Legs for This?” on country radio, though none of the others), I do in fact feel somewhat bittersweet nostalgia for that time — for being twelve, for that trip, for the girls who taught me to love Deana Carter but who were not my friends anymore once we moved from elementary school to junior high, for that summer.

I decided, fairly quickly from my discovery of Deana Carter, that I was in fact a country music fan, and I quit listening to the pop and alternative stations in favor of Dallas’ two country music stations. I found the identity of “country music fan” easy to wear, after that, and to this day I think of that as my home genre, basically, even as what kind of country music I like has shifted further and further from the sort of poppy Nashville sound Deana Carter (and the 1990s) embodied. But I still have an incredible fondness for her, and that album, and, even, for the time in my life when I first found her.

Allison is a native Texan and is one of the founders of kickass podcast This Week In Ladies, which you should be listening to. She also writes for The Toast, librarians with a vengeance, and listens to me whine about my life via email on the regular.