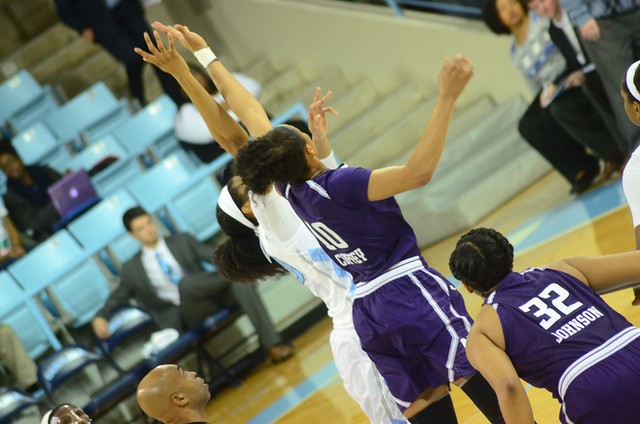 The final was NU 85, Heels 72, but make no mistake: it was not that close. This game was an absolute ass-whooping from the start at the hands of a bigger, more experienced Northwestern team, but I have to say — the last ten minutes, when the Heels finally pulled together and fought back to as close as only 8 down (a far cry from the nearly-30 down in the 3Q), those ten minutes were a glimpse of how good this team could be and hopefully will be. They’re young. They fluster easily. They struggled early, got rolled down the hill by the momentum of that struggle, but ultimately put their foot down and hauled themselves back up.

It wasn’t fun, but it was surprisingly illuminating in ways I didn’t expect.