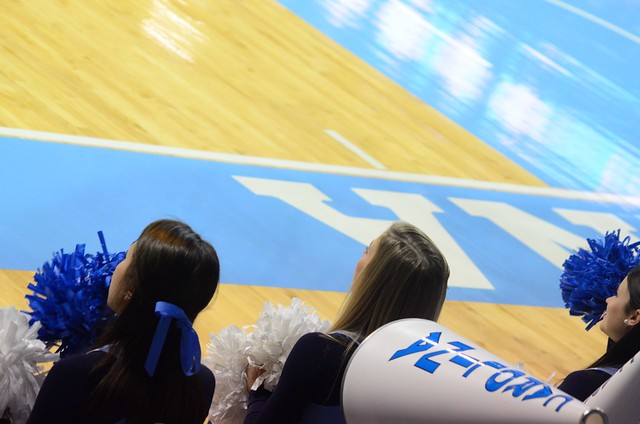 Trav and I went all-in on the UNC women’s basketball team this year, buying a full-season package of tickets and upgrading ourselves to the best seats we could afford — and they’re good ones indeed. The team had some upheaval in the off-season — a handful of transfers out — that leaves them reasonably young and inexperienced on paper, but “young” doesn’t mean “bad” or “untalented” or, God forbid, “not fun”. This team is young, but they’re also good, talented, and fun. I like fun basketball, is all. 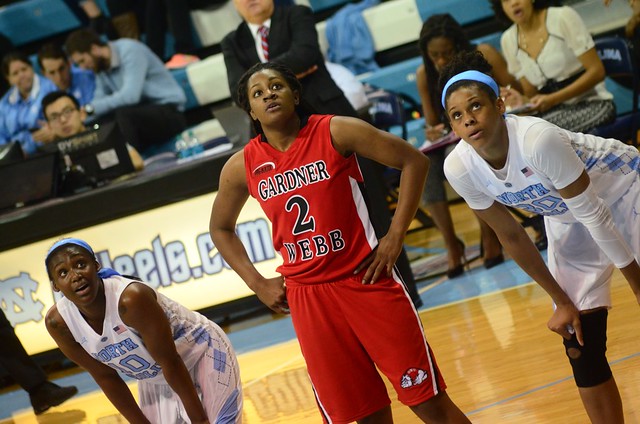 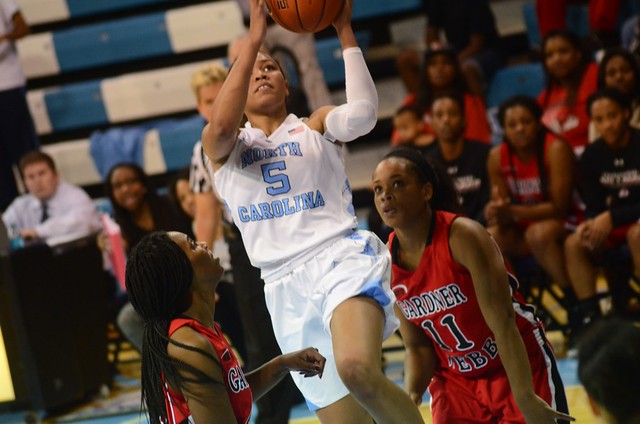 I’m not sure that dropping a 1 point game to Gardner-Webb on a buzzer beater is fun, but it was reasonably illuminating in the categories of “young” and “talented” and “inexperienced” — a lot sloppy, some expectations that might not have been backed up by play, but there was a lot good to see. Point guard Jamie Cherry is ready to lead the team on the floor (she sees the big picture on the court damn well) and probably in scoring, and freshmen Destinee Walker and Stephanie Watts are going to make big contributions right off. And this is a young team, a young team that’s probably going to lose some they should win, but hopefully win a few they should lose, too. 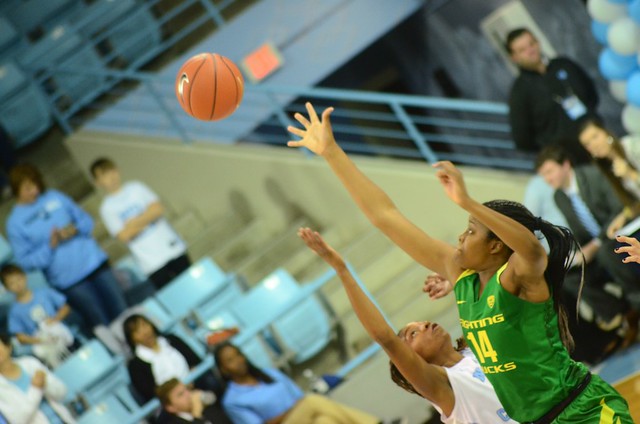 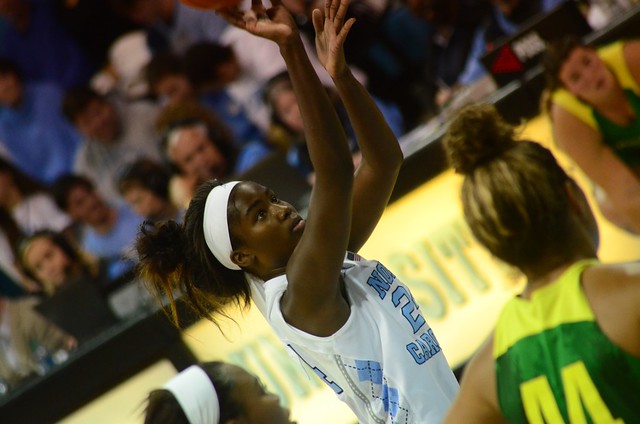 Sunday’s game against Oregon — the second of a home and home; Carolina won in Eugene last year — was another heartbreaker of a similar nature. A bigger, quicker Oregon team struggled for a lot of the game but took control late in the third quarter and early in the fourth. Carolina hustled back and had the ball with the shot clock off, down two. Jamie Cherry had not one but two three pointers rim out in the final seconds, and another sad outcome. But the way they got themselves back into, after being down ten late, I liked that. I liked that a lot.