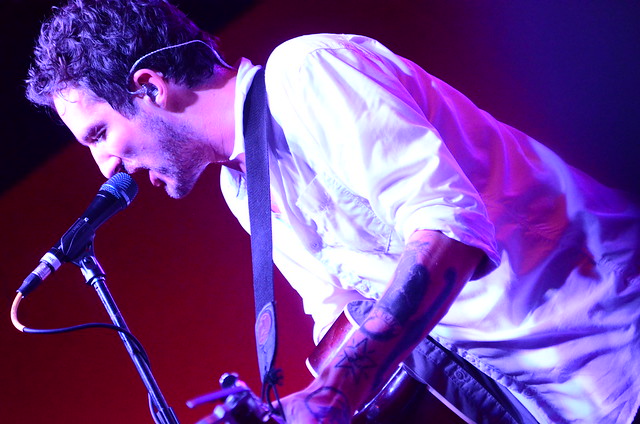 If you’ve followed me even a little on social media at any point over the last, oh, say, five years, you know that I’ve been waiting to see Frank Turner for, oh, say, the last five years. In 2009, I discovered Frank’s music and, since then, repeatedly, his music has been a balm and a saviour and exactly what I needed over and over and over again. The first three tracks on Love Ire & Song (I Knew Prufrock Before He Got Famous, Reasons Not To Be An Idiot, Photosynthesis) have quite literally saved my life multiple times. But Frank, God love him, hadn’t before yesterday played anywhere close enough to me to make it feasible to go. 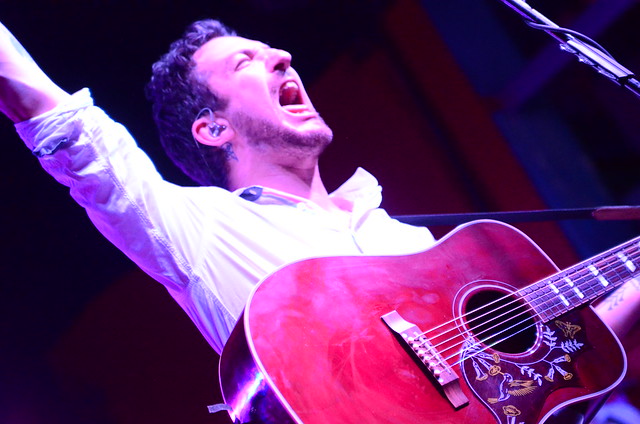 So when I saw that Frank, who’s sold out Wembley, was playing a show at Greene Street in Greensboro, a venue with a capacity of about 500, the week before my birthday — well, when Trav said, what do you want for your birthday, I said, I want to see Frank at Greene Street, and he made it happen. (I also said, Music from Big Pink on vinyl, please.)

This show wasn’t even sold out, you guys. I’ve watched the footage of Frank and the Sleeping Souls at Wembley dozens of times, and last night, I saw them play to an amped up room of North Carolinians and there probably weren’t more than 200 people there. It was an amazing birthday present — both from Trav, whose patience with my enthusiasm (and with the fact that me and my sinus infection conked out in the car on the way home) knows no bounds, and from Frank and the band, who went hard for two hours and gave me more than I’d ever let myself hope for in one of his shows. Like the 97s set at Marfa last fall, I don’t know — I’m kind of ruined for all other Frank Turner sets now. 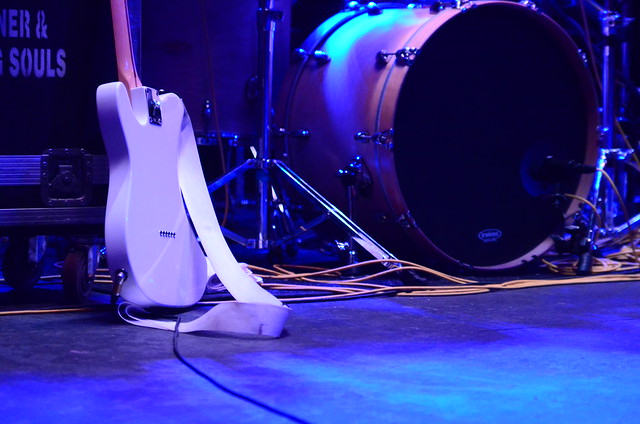 During Billy the Kid’s lovely opening set — I’m deeply enamoured with her music right now — I felt somebody get all up in my personal space behind me, and I turned around to snap at whoever it was, except that it was Frank. So instead, I took a deep breath, told him that I was there as a birthday gift, and asked if he’d play “Tattoos” for me — we’d be sure to get the same tattoos. He said he’d see what he could do — and as you can see from the setlist below, he swapped out “The Real Damage” and played it for me. I have some shaky video of it, but I haven’t figured out how to get it off my phone yet, because I am an idiot.

Birthday: made. Frank Turner: awesome. Trav, who made it happen for me: even more awesome. Tarrant Anderson: still my favorite bassist in the world. 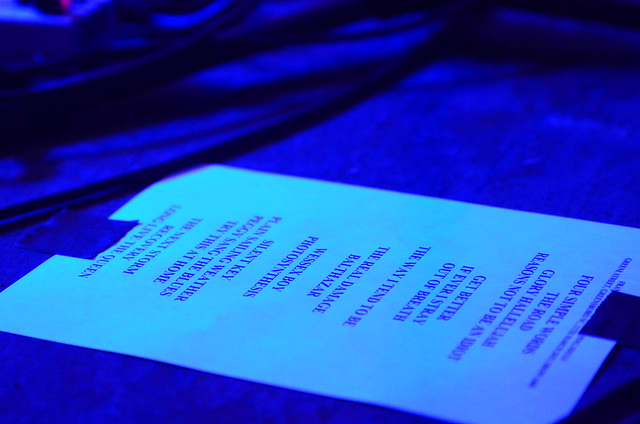 Setlist: Four Simple Words / The Road / Glory Hallelujah / Reasons Not To Be An Idiot / Get Better / If Ever I Stray / Out of Breath / The Way I Tend To Be / Tattoos / Balthazar / Wessex Boy / Photosynthesis / Silent Key / Plain Sailing Weather / Peggy Sang The Blues / Try This At Home / The Next Storm / Recovery / Long Live The Queen // Encore: Ballad Of Me And My Friends / I Knew Prufrock Before He Got Famous / I Still Believe