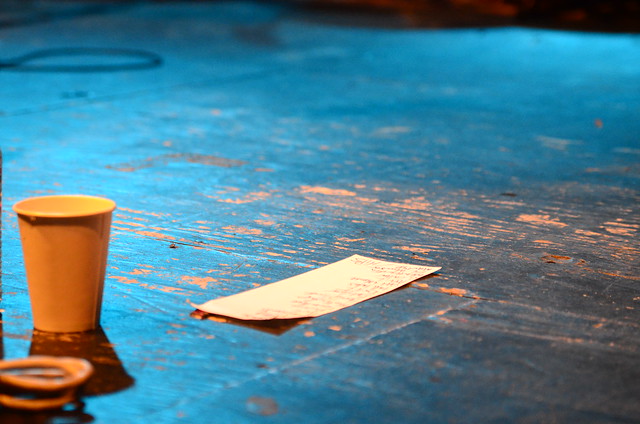 Trav is already shaking my life up, in that, on Thursday night at the Cradle, I didn’t just think, This is boring and I hate it of Cursive’s set. I paused, and I listened, and I identified what they were doing with the guitars, and then I thought, this is not boring but it is also definitely not my thing. We think about music the same way a lot of the time, but he also knows way more about the technicalities and theory of it, so he’s been asking me lately to define what I call “pointless guitar wanking”. What Cursive does is not “pointless guitar wanking”; I could feel the point of it, the resonance of the dissonant sounds together, all the way through. But this live set just reinforced something I’ve known for a while: Cursive are very talented, they are great at what they do, and it is not at all music I will seek out. 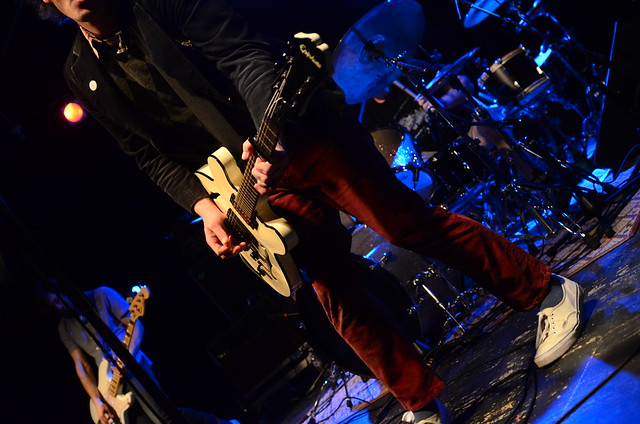 So it’s lucky that I was at the Cradle to see the second open, Philadelphia’s punk-y Beach Slang, primarily. A funky four piece who would have fit perfectly on a mainstage at the heyday of Warped (and I mean that in a good way; there’s a tiny bit of Blink-182 vocals in their sound that made me deeply nostalgic and deeply happy), they were an absolute powerhouse of energy, sharp songwriting, and excellent chemistry amongst the band. They barrelled through a 40 minute set like a charming trainwreck, nailing a cover of the ‘Mats’ “Can’t Hardly Wait” and making me feel really, really good about the first full length release they’re going to put out. (Right now they’ve got two excellent 7″ records to their name.) It’s punk rock made by people who really, really love pop music — lead singer James Snyder was hanging out by the merch table after their set wearing a Big Star sweatshirt and you can hear that influence in their songwriting — and I’m really, really smitten. 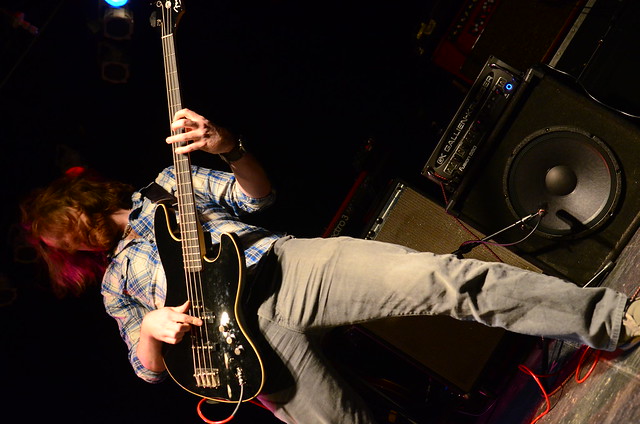 Almost-hardcore-kind-of-metal Austin trio Megafauna was the first open, and I dug the hell out of their energy and the way the guitar and bass play against each other in just about every song. I’m still trying to figure out if I enjoyed their music, but I definitely enjoyed the shit out of watching and photographing them.