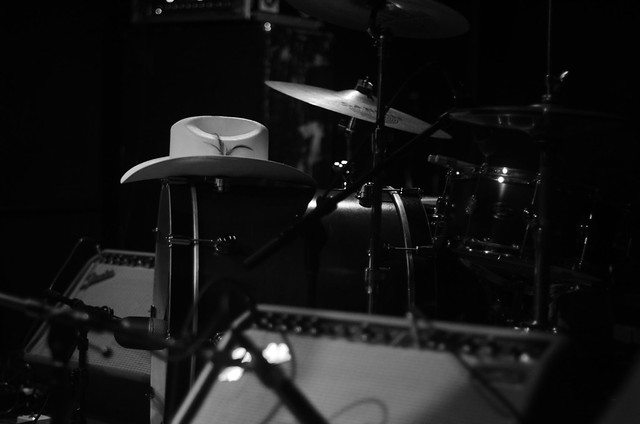 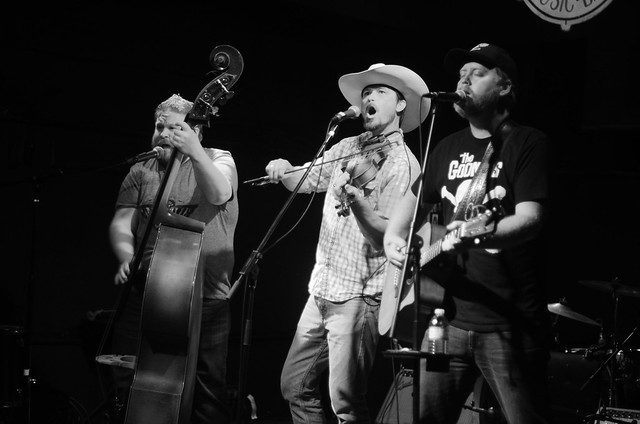 It has been a damn long while since I saw a band that mostly did covers — and mostly did covers by knocking them out of the fucking park. Saturday night I took Trav to see Carolina Still headline the 506, on the strength of the two openers (Texoma and Campfires & Constellations), and he and I had a blast, the whole night, but particularly hollering our way through Carolina Still’s epically fun, incredibly well-played set. They covered “Blister In The Sun” as a bluegrass band. The drunk dancing girls danced! Trav and I held hands and shouted lyrics at each other and laughed a whole hell of a lot. For a show to introduce him to the roots scene in the Triangle, I knocked that one out of the park. Carolina Still were fantastic. 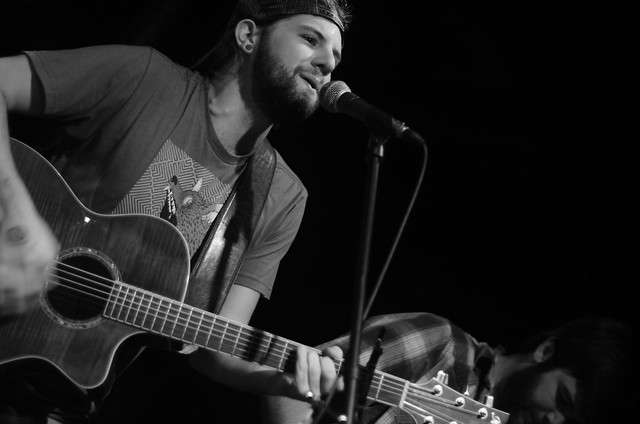 I saw Campfires & Constellations play at the Carrboro Music Festival last fall — I recognized the stickers on the drummer’s tom — but hadn’t really internalized their set, which blew me away on Saturday, as well. They have a new record out, Carolina Homegrown, and are one of those bands, that based on their fans Saturday, is about to have a trajectory in the Triangle much like American Aquarium and Holy Ghost Tent Revival: slow, then really fucking fast. I need to see them a bunch more before that. 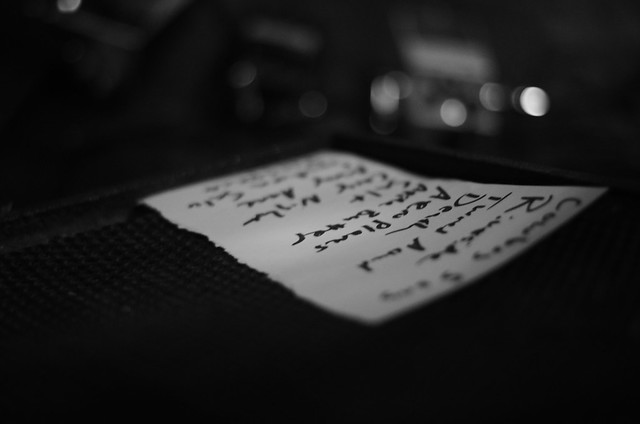 Texoma, of course, is the latest project of my buddy Zach, and the Cowboy plays bass, so I’m already fond of them. Mark Simonson (of the Old Ceremony amongst everything else) sat in, and their stuff is sounded really good. I’m looking forward to hearing their first record.

Going to a show with Trav was deliciously fun because he can pull it all apart technically for me, and explain the stuff I like and don’t like in real music words, instead of “that thing he uses to make his guitar all fuzzy”. I mean, besides all the other reasons that going anywhere with Trav is deliciously fun, most of those being because I love him. So. That was nice, too.